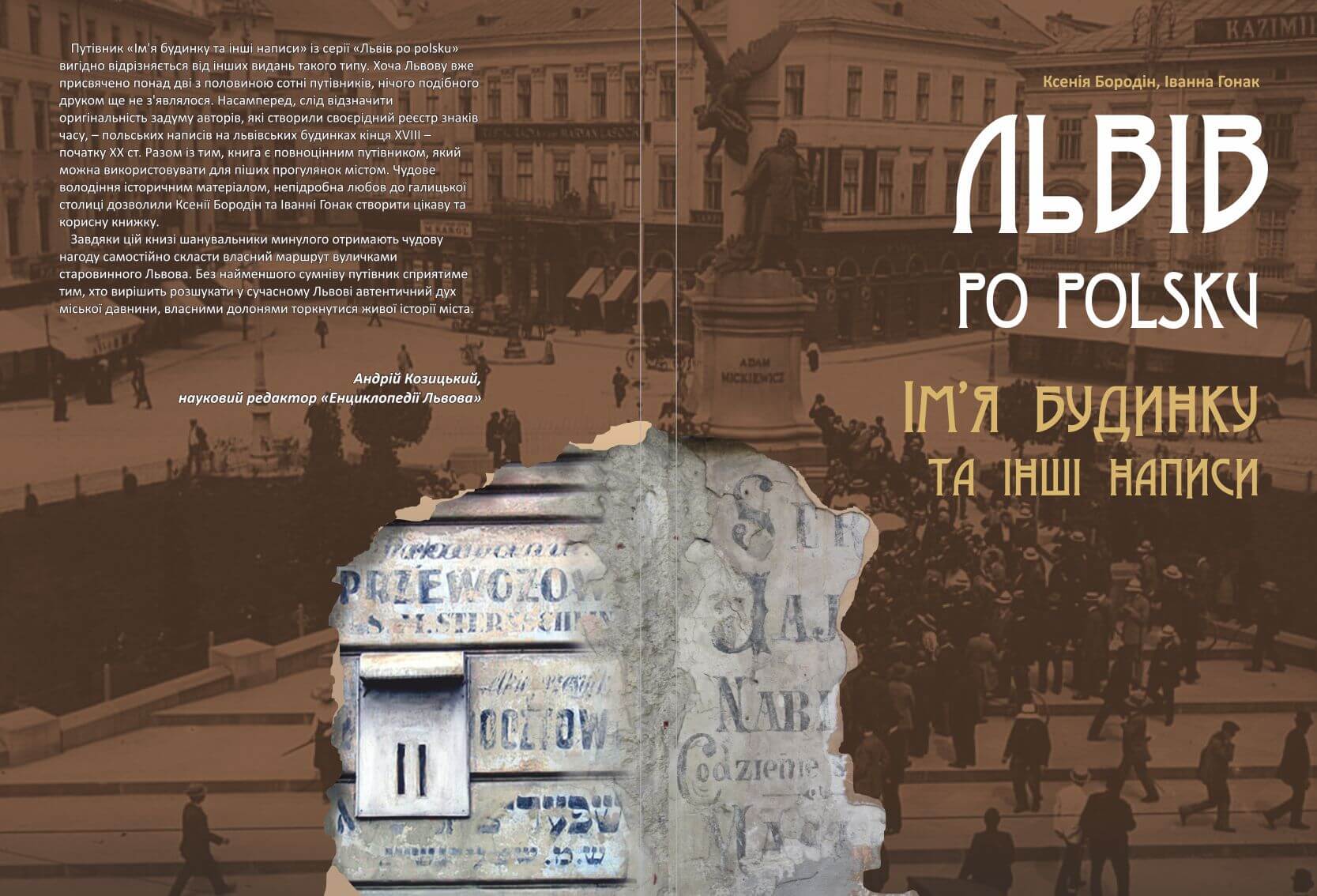 Building Name and Other Inscriptions

Kseniya Borodin’s and Ivanna Honak’s book is dedicated to the study of prewar Polish inscriptions that remain in the cultural space of today’s Lviv, and can be found on residential buildings. This is the first book in the "Lviv in Polish" series, which intends to include five further books on related themes.

In their work, the authors have collected and studied advertisement and informational inscriptions (shields, hallmarks, plaque, marks), historical and religious inscriptions, signatures by architects and sculptors, title inscriptions (names of villas, street and number signs), memorial plaques, etc. – over 500 inscriptions in all.

The book was written in a light style, and is aimed at residents of Lviv, as well as tourists with a n interest in history, culture, art history, linguistic urban studies or geography, as well as all lovers of Lviv. The publication contains circa 300 photographs to illustrate the text and serve as testimony to the condition of Polish-language inscriptions in today’s Lviv. Only the objects accessible for general viewing (both interior and exterior) are used, which allows to take a walk through Lviv as a free open-air museum.

The manuscript of the publication received favorable responses from Andrii Kozytskyi, historian and academic editor-in-chief of the "Lviv Encyclopedia," Alla Kravchuk, head of the Department of Polish Studies at the Lviv National University, and miss Makowska, an art historian at the Polish Academy of Sciences. The book was published with the support of the Lviv City Council, with partial funding of the General Consulate of the Republic of Poland in Lviv.