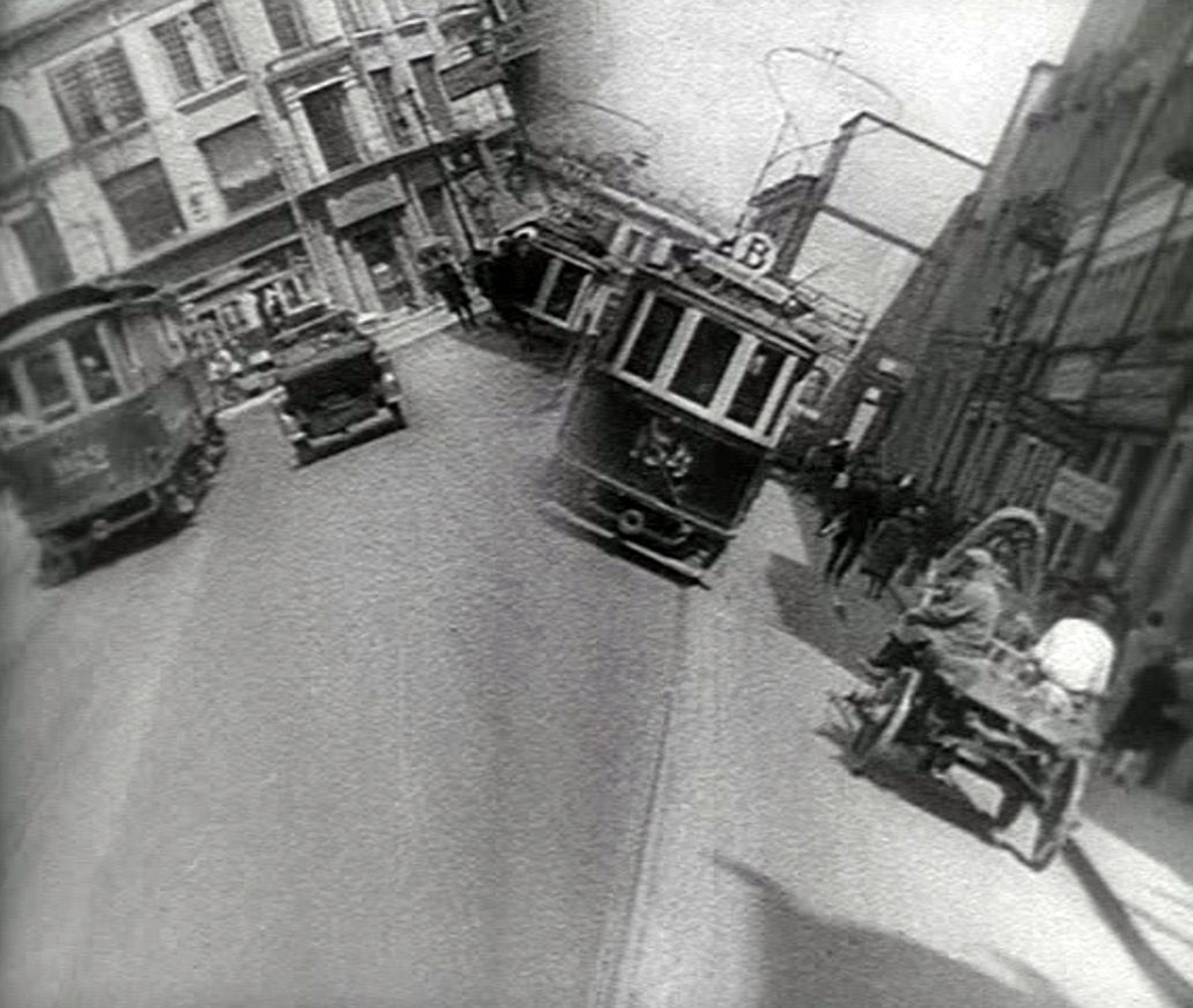 Between Ideas/Visions and the Cities of Modernism

Modernist vision of cities, their architecture and spaces, are well inscribed into the idea of the Avant-garde films. There, movements and rhythm played a key role. A classic Avant-garde film is the one where the city is simultaneously the setting and the actor. In the film "A Man with a Moving Camera" (1929), Dzyga Vertov presented the scenes from the streets of different cities, such as Moscow, Kyiv, Kharkiv, and Odesa. He identified similarities in the cities that were in line of the spirit of modernity. On the other hand, in the film "Berlin: the Symphony of the Big City" (1927), Walter Ruttman, showed the everyday rhythm of Berlin subordinate to the working hours, the train traffic, and people rushing in the world of their busy lifestyles. The same dynamic is the vision of the big US city presented in the film by Friedrich W. Murnau "The Sunrise" (1927). Here, the director contrasts the spaces of the city and the village through the lens of their citizens.

Each of the three films shows modernist ideas and perceptions about the urban space, the architectural and the social one, through the related lifestyles. Present day film directors and artists still very often refer in their films or projects to topics that imply dialogue between modernists and Avant-garde views.

Thus, for example, an artist Perry Bard builds a dialogue was the VErtov’s film. In her interactive project,  "Man with a Moving Camera: The Global Remake" (2011), she edited Vertov’s footage and combined them with the images of modern cities and villages. Berlin is in the center of the story by Wim Wenders. In his film "The Skies Over Berlin" (1987). In contradiction to modernism, he believes the most interesting sites in the city to be vacant. US metropoly is coming back in the footage of a documentary  "21 х New York"  (2016) directed by Pyotr Stasik. He shows the city from the inside. It is not always that beautiful or attractive in its architecture.

The contrast of the Avant-garde films with the modern films produces the dialect with images and ideas of modernism. Hence, many questions arise. Which ideas and views survived the time test? How universal have they shown to be? After all, it is interesting to take the same perspective on the photographs of cities (as illustrated by Gdynia and Lviv). These are the places where modern architecture arises and the intentions of modernity are developing around it.

The lecture will be conducted in Polish with simultaneous translation into Ukrainian.