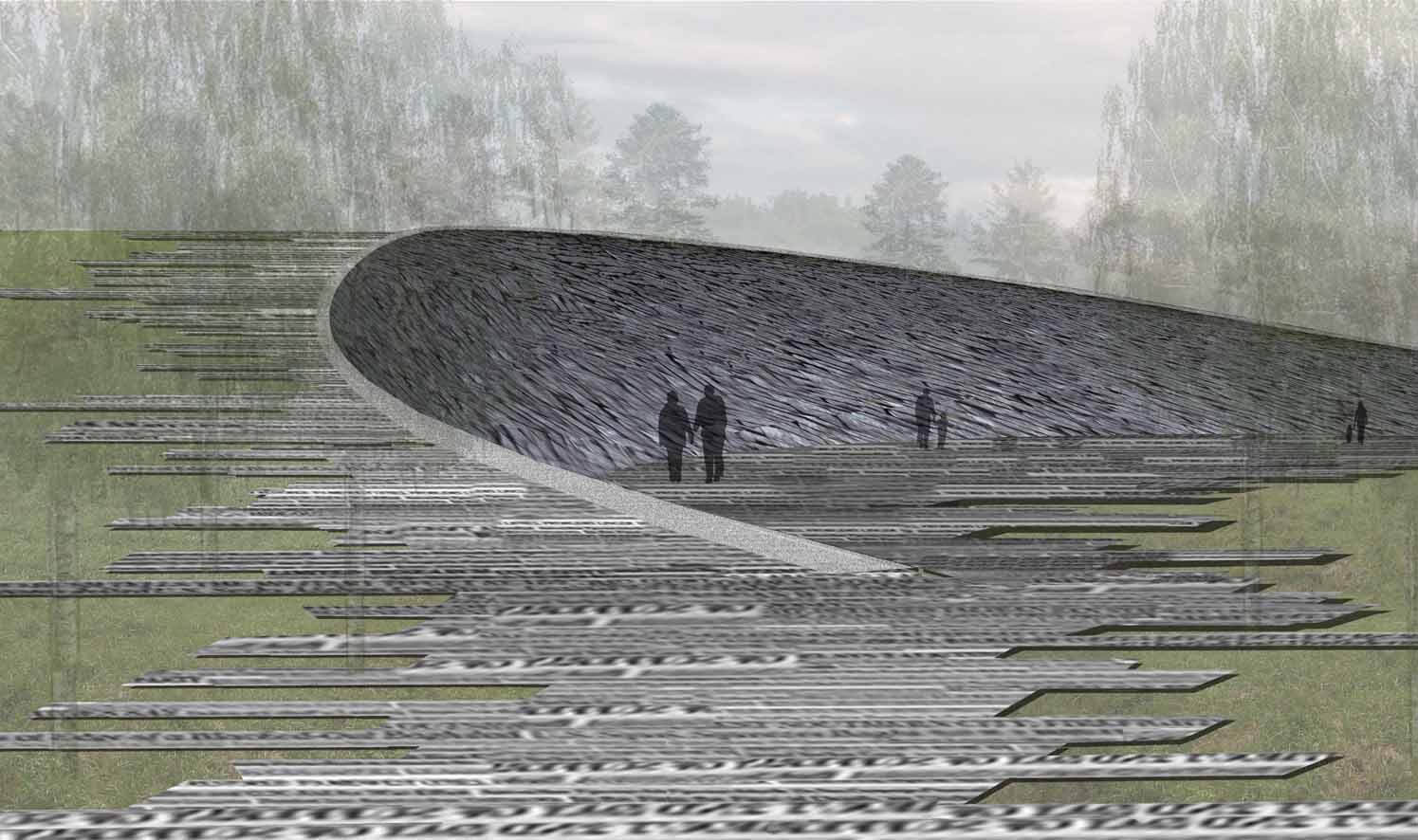 The Sites of Jewish History

An open international design competition for the sites of Jewish history in Lviv took place in August-December of 2010. The competition was announced based on Resolution No. 1076 of the Lviv City Council’s Executive Committee dated August 6, 2010.

The idea for the competition goes back to an international conference held at the Center for Urban History in October 2008 on "Urban Jewish Heritage and History in East Central Europe". The conference brought together researchers of Jewish history and heritage, museum employees from Ukraine, other Europeans countries, and the United States to discuss the preservation and revitalization of the material heritage of Jewish Lviv.

First and foremost, the competition aimed to draw public attention to Lviv’s multiethnic past and the need to preserve its multicultural heritage, as well as to raise public awareness about the history of Lviv’s Jewish community by marking the sites connected with its presence in the city. The competition had two distinct, but interconnected purposes. First of all, the competition sought to respond to the growing awareness of Lviv's multiethnic past by contributing to the rediscovery and display of the city's Jewish heritage. Secondly, the competition sought the best ways to re-design the public spaces within its scope in such a manner as to improve the quality of life for the current inhabitants and visitors of Lviv.

The competition was a joint effort of the municipal authorities, the Center for Urban History of East Central Europe, and the German Society for International Cooperation (Deutsche Gesellschaft für Internationale Zusammenarbeit (GIZ) GmbH).

Three sites were selected for the competition. Each of them is connected to the vibrant life of the Jewish community in Lviv from the medieval period until its tragic extermination during World War II:

The Space of Synagogues is located in the former Jewish quarter in downtown Lviv. Before 1943 this site was occupied by three buildings that played an important role in the religious and social life of the Jewish community: the Great City Synagogue, the Turei Zahav (or Golden Rose) Synagogue, and the Beth Hamidrash (House of Learning).

The Besojlem (House of Eternity) Memorial Park will be part of the open ground of the former Jewish cemetery adjacent to the city’s maternity hospital on Rappaport Street. The cemetery, one of the oldest and most valuable to be found in Europe, was wiped off the face of the earth by the Nazis in 1941.

The Yanivsky Concentration Camp Memorial will be arranged on the grounds of the former Yanivsky concentration camp, known as the Valley of Death (Vynnytsia St.), a site of mass shootings of Jews. It was a transit camp for Jews before they were moved to the death camp at Bełżec.

In March and June of 2010, the organizers of the project held public hearings to inform the public of the competition and its concept. The meetings brought together experts, representatives of the Jewish community, and other interested parties who were given the opportunity to express their thoughts on the potential design of the three sites within the scope of the competition. These thoughts were taken into account while further elaborating the competition rules.

70 designs were sent in from 16 different countries for projects to mark the three key sites. An international jury met on December 20-22, 2010. The jury was composed of international experts in architecture and Jewish historical heritage, representatives of the Jewish community, and city officials.

The winning designs in each category were announced on December 22, 2010. The first prizes went to: the German team of Franz Reschke, Paul Reschke, and Frederik Springer for the Space of Synagogues site; Ronit Lombrozo, from Israel, for Besojlem; the design team of Ming-Yu Ho, Ceanatha La Grange, and Wei Huang, from the United States, for the Yanivsky Concentration Camp Memorial site.

Franz Reschke is a landscape architect who has been successfully participating in competitions since 2006. He uses an interdisciplinary design approach with focus on local research. One of his prizewinning designs has already been implemented – the project entitled "Open Spaces" for the Glauer Tal Game Reserve in Trebbin, Germany.

Ronit Lombrozo established her office in Jerusalem in 1987 and has since designed over 40 projects across Israel. She is particularly drawn to sites with strong educational potential and pays special attention to the conceptual and theoretical aspects of her designs. Ronit Lombrozo has worked for the Israel Museum and the Knesset. Besojlem has special meaning for her. Her mother survived the Holocaust in this region and lived in Lviv for some time, while the rest of her family were killed. Ronit dedicated this design to her family.

After the results of the competition were announced, all the designs were put on public display at the Lviv Palace of Arts. The winning designs and the honorable mentions were also exhibited at the Center for Urban History as part of the exhibition entitled "The City’s Historical Legacy and Public Space".

The competition and its results were discussed during an open discussion on Lviv’s historical legacy and public spaces held at the Center for Urban History on April 19, 2011. The list of invitees included representatives of the municipal authorities, architects, historians, and jury members. Oksana Boyko and Bohdan Cherkes, members of the international jury for the competition, spoke of the jury’s work and deliberations and highlighted the importance of international competitions for Lviv.

Another public hearing was held in October 2011 with the intention of presenting the winning design for the Space of Synagogues site to the general public. The author of the design, German architect Franz Reschke, presented his design solutions for the site. The hearing attracted public figures, local MPs, representatives of Lviv’s Jewish community, historians, and architects who shared their impressions of the design and expressed some ideas for its improvement.

The implementation of The Space of Synagogues project started in July of 2015 with the conservation of the surviving fragments of the Golden Rose Synagogue. By early December of 2015, while the weather conditions were still favorable, all the conservation works on the synagogue’s remains had been completed, and a special drainage system (storm drains and gravel of different textures) had been installed to ensure adequate rainwater drainage from the synagogue site. Works on the Beth Hamidrash (House of Learning) also commenced last year. Its authentic foundations were cleared of the previous concrete that was laid to mark them back in the Soviet times. Experts worked very carefully to separate the old ruins from any new elements to preserve them and facilitate further research or any other future works on the site. The area was also cleared of weeds and bushes. The summer patios of the neighboring restaurants were dismantled. The Beth Hamidrash foundations are being marked with white concrete blocks made to order. The marking will be finalized in the spring of 2016 as soon as weather permits. The works on the Great City Synagogue site will also begin then.

In November of 2015, the organizers of the project launched an international fundraising campaign. This initiative is aimed at raising the funds (about 68,000 EUR) that the project budget is still short of to create a place of commemoration and a place of dialogue about the history and heritage of Jewish Lviv. You can donate to the project on the crowdfunding platform Jewcer.