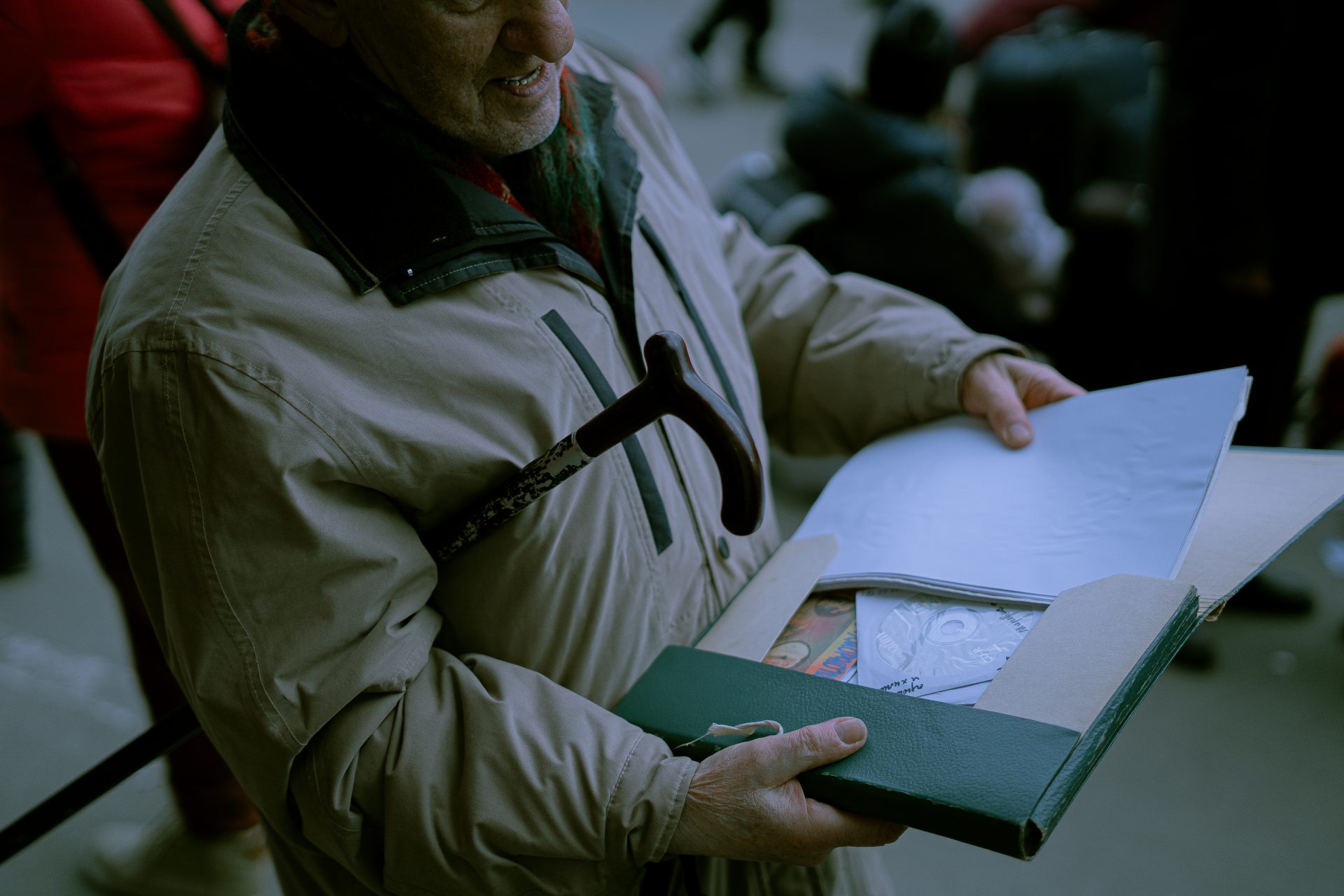 Research in the Context of Violence and Trauma

The weekly workshop sessions, convened by Dr Diána Vonnák and Dr Victoria Donovan at the University of St. Andrews are designed to support the ongoing research project “5am, 24.02.22. Testimonies of War” in their efforts to collect testimonies of war, displacement and coping strategies of people affected by the escalation of Russia’s war in Ukraine. The sessions bring together internationally renowned scholars, inviting them to share their experiences of conducting research in conflict zones, violent social settings, with distressed or traumatised participants, or in locations heavily affected by the aftermath and legacies of armed conflict. Using their own work and research practice to reflect on methodological, ethical challenges, as well as the psychological challenges imminent in this sort of work for researcher and research participant, guest scholars engage directly with the unfolding documentary initiative. The University of St. Andrews team provides further peer-support, organising research review sessions that complement these weekly series, where researchers involved can raise questions and identify areas where sourcing further expert advice might prove useful.

Our first seminar with Zahira opened with reflections on working with the long-term legacies of violent conflict, focusing on fieldwork conducted around the exhumation of human remains from the Spanish Civil War and the postwar period in the southwestern region of Extremadura (Spain). Focusing on notions of evidence production, Zahira studied the role that human remains, documents, war remnants, oral accounts and expertise played in the construction of new histories and sociopolitical claims about past political repression. In the session, she addressed long-term consent, the protection of participants, and good practices of mental health support.

Ivana’s research interests are in the field of anthropology of war and mass political violence, anthropological methods, and recently also psychological anthropology. She conducted research during the war in Bosnia and Herzegovina, work that resulted in a monograph Sarajevo Under Siege: Anthropology in Wartime (University of Pennsylvania Press, 2009). Her second project “Between War and Peace – A Qualitative Study of Swedish Experiences of Work in War-Zones,” was about the Swedish professionals and the process of choosing to take an assignment in a warzone, experiences in the field (with focus on violence and nature of relations to the local population and culture), and the experience of the return to the more peaceful Sweden. The current project, “Intergenerational Transmission of War Experiences among Bosnians in Sweden – A Study in Psychological Anthropology,” is situated within psychological anthropology where it aims at developing new methods. In the session she focuses on the differences between distress and trauma, and challenges of working as a native scholar in a war zone.

Nerina has worked with topics related to migration, violence and conflict. She has extensive fieldwork experience from Turkey, Norway, Denmark, Cyprus and Austria. She has written about the meeting between traumatized refugees and the reception apparatus in Norway and Turkey, about children with rejection and the asylum system and the mobilization of Kurdish activists for the wars in Syria, Turkey and Iraq. As an anthropologist, she has in-depth knowledge of qualitative research methods, including participatory observation, various interview techniques and document analysis. Weiss is interested in research ethics and has in several projects conducted qualitative interviews with vulnerable groups, such as torture victims and with children and young people, including accompanying asylum children with rejection, on mobilization and radicalization. In this session she focuses on embodied narratives, the context-dependence of sharing experiences of war and trauma, and the ways narratives are framed in response to social expectations and available discoursive frames.

Nicholas is an IR scholar, who works at the intersection of criminal and political violence, looking into the origins and evolution of organized criminal groups, criminal governance, police militarization in Brazil. In this context, he’s published on the ethics of fieldwork, and on visual arts and their role in community change. He started out researching ethnic conflicts in Israel-Palestine and Ireland, then switched to Brazil, where he lived in Rio de Janeiro and studied gangs and police violence in favellas, He also collaborated with local photographer and arts producer in order to develop an exhibition about life in favella beyond military conflicts.

Stephen is a library and information scientist, archivist, director of the Yale Fortunoff Video Archive for Holocaust Testimonies. His professional experience is related to cooperative, grassroots archiving, the management and use of large databases. As director of the Fortunoff Archive, he works within the wider research community to share access to this collection through the access site program. Stephen is also responsible for spearheading initiatives such as preservation and digital access to the collection; cooperative projects with other testimony collections; oversight of fellowship and research programs; and the production of the podcasts, ethnomusicological recordings, and the Archive’s documentary film series.

Cassandra is a medical anthropologist. Her work focuses on maternal health and maternity services, particularly in the United Kingdom, and she has conducted ethnographic research on adolescent nutrition and physical activity, parent-infant sleep and place of birth. She is currently undertaking research on induction of labour and midwifery units, and has written about consent in medicalised settings, distress and trauma in qualitative research, and the ethics of conducting socio-medical research in collaboration with policy practicioners. During the seminar she spoke about navigating institutional contexts and bureaucracies (medical staff, policy makers and academic researchers) in qualitative research contexts, and about dealing with unexpected distress in various interview contexts.

Taras is a social anthropologist, a British Academy Research Fellow at the University of St Andrews, working on the political economy of the war in Ukraine. Conducting qualitative and quantitative research with veterans, volunteers and social movements that emerged after the Maidan, he attempts to reconstruct the emergence of a new political and economic elite and the ways its members are interconnected, forming a broad coalition ranging from national-liberals to the far right. His research also involves understanding the militarization of society. Previously he worked on media elites and free speech in Ukraine, and on decision-making processes and policy export in the British Parliament. He worked at Cambridge University before, and he obtained his PhD from Durham University.

Sajjad is a legal anthropologist who has worked with Iranian asylum seekers in France and researched punitive regimes in the context of human rights activism. He worked on emotional, visceral, moral and political and legal responses to torture and capital punishment. He is currently a postdoctoral research fellow at the department of Law and Anthropology at the Max Planck Institute for Social Anthropology in Germany. He mostly spoke about the dilemmas of interviewing in the context of being a native researcher, conducting research as a citizen of a country where political oppression is significant.

Joshua Craze is a researcher and writer focusing on the war in South Sudan. He has a PhD in social anthropology from UC Berkeley and has taught at the University of Chicago and at Science-Po. Currently, he is a researcher at the Small Arms Survey, an associate research fellow at the London School of Economics. His archiving project dealing with UNHCR documents was exhibited in the New Museum of New York. He has been working with refugees, conducted comprehensive reports about the Sudanese security sector, interviewed militiamen and warlords, and is currently writing a non-fiction book for Fitzcarraldo Editions, having been shortlisted for their essay prize last year.