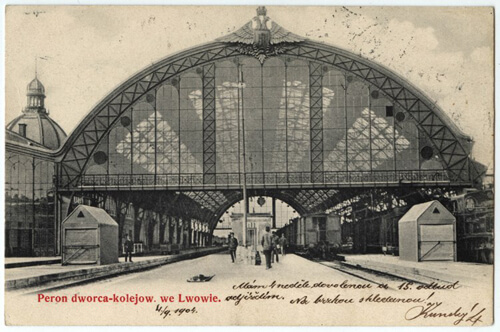 When railways began to revolutionize the transport systems in the middle of the 19th century many people were optimistic and full of hope about the positive effects the new technology would have on society: Trade, cultural and scientific exchange would flourish. The people would learn to know and understand each other better. Resentment, envy and hate would vanish. These and other visions were expressed in numerous memoranda which trumpeted for the construction of railways all over Europe.

These convictions spread with no less enthusiasm in countries which lacked experience with modern industry. Elites in these rural and agricultural regions of the Northern, Eastern and Southern periphery of Europe were longing for a modernisation of their economy and wished to take part in the success story of modern technology, engineering, and manufacture. They were convinced that economic strength would lead to political power and would pave the way for independence and sovereignty. Given this context, the railways became a central focus for fundamental political debates. The railway question moved to the core of various political and economic reform agendas while the question of economic development became intrinsically connected with progress in this field. Many hoped that railways would break the circulus vitiosus of backwardness and bring the country forward by pushing open the gates to the circle of civilized nations.

As an example, one may quote a newspaper published in Lviv in the beginning of the 1850s, which underlined the importance of railways in the environment of the city: "From then on Galicia will be tied to the civilized West by iron chains. The railways will introduce dynamic development and vivid life into the stagnant and inert masses" On a similar note the Kronstädter Zeitung depicted a bright future for the region of Transylvania once it would be integrated into the railway system: "We will be waked up by steam. Railways should lead us to the states of Europe and show us the way by which we will move forward rapidly and not remain where we are. Transylvania will no longer be an unknown country".

Yet progress in the construction of railways was considerably slower than many had hoped. As the journal Bukowina put it in 1863, people were waiting "with the longing of the day" and full of "sweet desires", for railways to arrive. Eastern Europe, especially the vast plains of the Habsburg and Russian Empires serve as an example for a phenomenon in railway history that has not yet found the attention it deserves. The question is: How was the demand for better transport infrastructure dealt within countries which did not belong to the centres of industrial development but stood at the periphery of economic dynamic?

The question does not only concern the European periphery but is relevant in most other parts of the world as well. Peripheries of economic backwardness include territories of the Russian, Chinese, Ottoman Empires, furthermore the numerous colonies of Great Britain, France and other European countries and also most countries of Latin America. In the 19th century these regions were still essentially of a rural type with industrialization not yet having a major impact on the economies. Which hopes and desires came along with railway construction in these regions of the world? Are there similar visions as in Eastern Europe to become part of a more developed economic space and can we trace comparable discourse patterns which linked the level of railway infrastructure to aspirations of economic and political independence of the region? Did the economic and political interest of the Empire or colonial administration dominate railway construction or did local elites of the regional or native population influence the projects for their purpose? How was the structural divide between the urban and rural social and economic settings affected by the impact of the railways? Did the connection of peripheral urban centres to a larger transport network widen or diminish the gap between the city and its rural surroundings? Finally: How did railways and rail transport develop in the 20th century? Did the railways contribute to the industrial development of the country as a whole in such a way that they succeeded in catching up with the leading economies of the West?

Organised by the International Railway History Association and the Center for Urban History of East Central Europe.

To get more information about the conference please contact Prof. Dr. Ralf Roth, under [email protected]