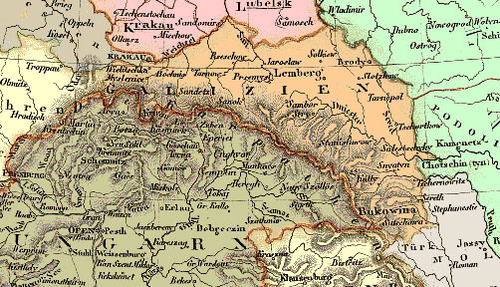 The Concept of the "Civilizing Mission" as a Cultural Transfer in East-Central Europe, 1815-1919

Library at the Center for Urban History

At the seminar Elzbieta Kwiecińska will show how the concept of the "civilizing mission" that has been generally associated with the Western colonialism, has been transferred, appropriated, contested and internalized by the Polish, Ukrainian and Jewish, both as an intellectual idea and as a tool for legitimizing political power.

During the presentation, Elzbieta will also show how the concept of the ‘Polish civilizing mission’ was used as a tool for legitimizing political power: after the Galician rebellion 1846, when Galicia gained autonomy in 1867 and when Polish delegation at the Paris Conference 1919 justified annexation of Galicia to Polish state. Elzbieta will also point out how the ‘Polish civilizing mission’ was contested by some Polish szlachta, who changed their national loyalty into Ukrainian: Volodymyr Antonovych, Vyacheslaw Lypynsky, Stanislav Stempowski and then, by the Ukrainian national movement: Mykhailo Hrushevsky and Ivan Franko.