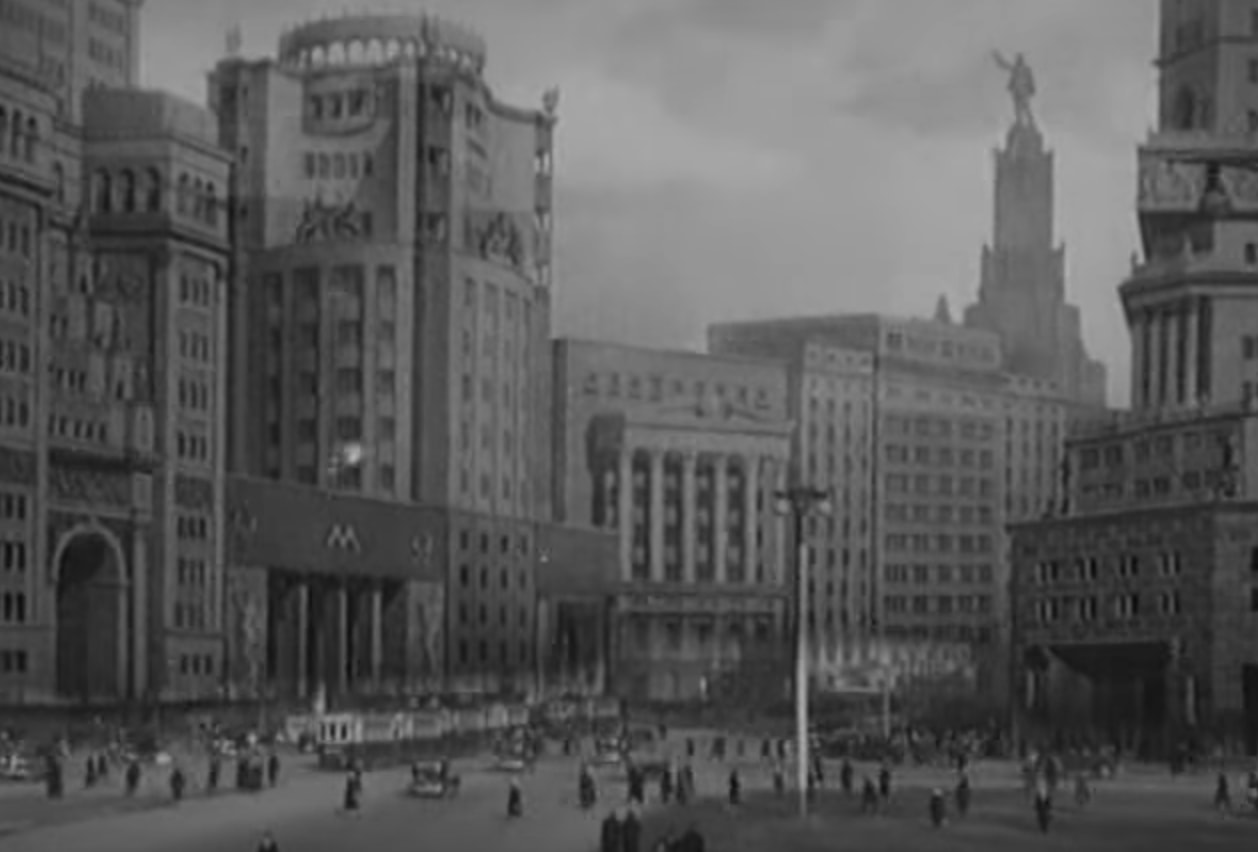 The grand narrative of industrialization and the formation of "the new society" and, in particular, its architectural expression as manifested in the construction of hundreds of "socialist cities" during the 1930s, occupied a key place in the mythology of the Stalin era. Soviet feature films of the 1930s-1950s also served this narrative, through rarely with a realistic depiction of the processes of urban planning or the routine in such newly-fashioned (or perhaps, "socialistically refashioned") settlements. This chief medium of soviet ideology avoided working with the "material", as it were, of the urban-construction aspect of industrialization. The reasons for this vary: changes in official urban planning policy, as well as the emergence of a new architectural style post-1932 which resulted in "SocCities" whose realities struggled to reflect their freshly minted reimagining, complicating their visual canonization in cinema.

Films of 1930s through 1950s which depicted this urban socialist image – Komsomolsk ("City of Youth", 1938); Shakhtari ("The Miners", 1937); The New Moscow (1938); Shumy, Gorodok! ("Noises in the Small Town!", 1939), and others – interpreted urban life through the lens of core Stalinist policies: centralization, the settlement of the outlying regions, and the juxtaposition of the central and the outlier. Not excluded from this depiction was the temporal notion of the mastery of the future in the present. The researcher will attempt to unlock the peculiarities of these practices and other aspects of the Stalinist visual narrative on urban socialism, and demonstrate their commonality with actual urban planning and processes in the USSR of the 1930s through the 1950s.