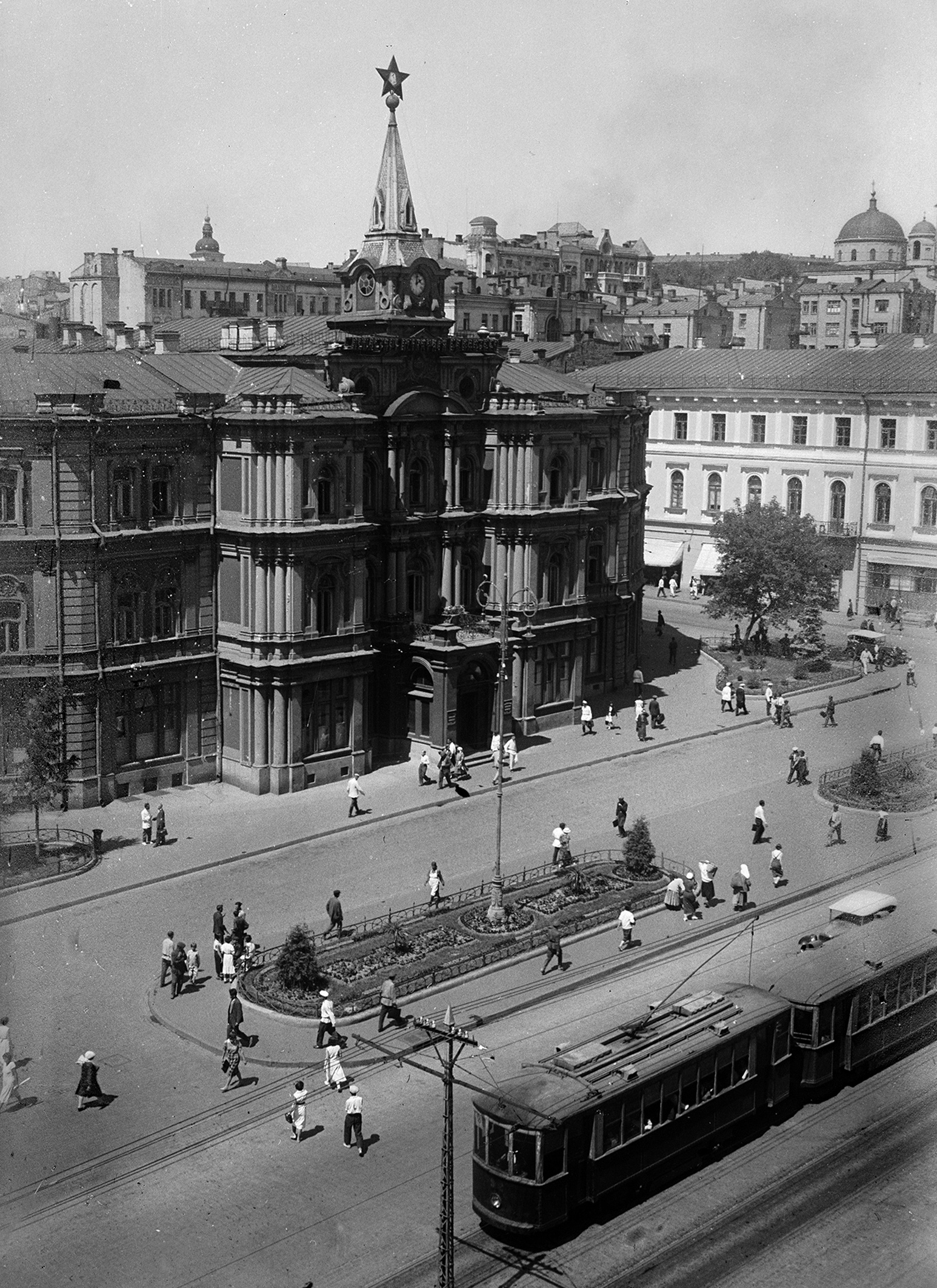 "Journey Beyond the Everyday": Kyiv in the pages of Advice for Visitors, in 1928

"At the platform, the Moscow tourists are met by the labourers of Kyiv. The orchestra--this time, a real string orchestra. Taking off their caps and joining the general chorus, the Muscovites step out of the train. On the square before the train station, there's a flying rally. Tramways approach the station, and the tourists set off on a tour of the sparkling May Daylights of Kyiv." This is how a proletarian tourist holiday appeared in the May 1929 issue of the journal On land and sea: for their professional celebration workers were organized on a holiday to a neighbouring republic, in order to learn more about their fatherland. How did Kyiv open itself to these travellers, and more specifically, what sightseeing in Kyiv was proposed to tourists? How were excursions organized and what were they supposed to give to the Soviet tourist: entertainment, or useful information?

In her presentation, Kateryna Sosnina first observed the changes in infrastructure and meaning of sightseeing and tourism in the 1920s and 1930s, and then on the example of Advice for Visitors about Kyiv, 1928, she attempted to articulate the particularities of the presentation of the city to visitors from various corners of the Soviet Union.