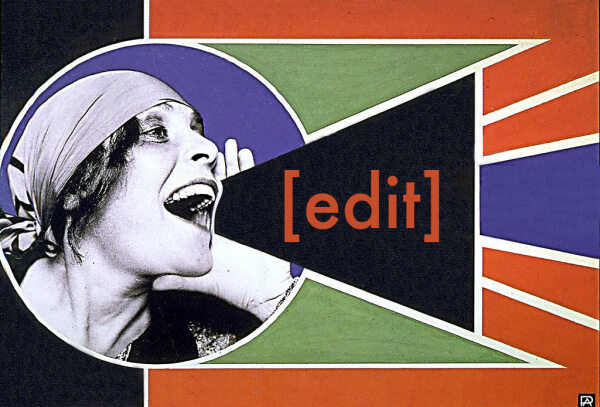 Center for Urban History will host a project called "WikiD Ukraine: Women, Wikipedia, Design." Events associated with this project which will take place from April 15 to June 15, 2016 in Kyiv, Kharkiv and Lviv.

WikiD Ukraine is an advocacy campaign, which aims to increase the number of articles in Wikipedia about women in architecture and connected spheres, as well as developing a community of wikipedians. The project will include seminars and workshops in Kyiv, Kharkiv and Lviv on how to write and edit articles in Wikipedia. The project is organized by the Urban Forms Center and Wikimedia Ukraine, in partnership with the Center for Urban History of East Central Europe.

In the Ukrainian language Wikipedia there is a very limited presence of women involved in architecture, urban art or design. Many articles that do exist are contradictory in their coverage and quality. The sphere of architecture is not an exception to the general situation in which women are under-represented in both roles: as subjects and participants of Wikipedia.

According to recent reports, 13-23% of Wikipedia editors are women. This significantly affects the content of one of the largest repositories of human knowledge in the world. For example, only 15% of English biographical articles on Wikipedia are about women. That's why the organizers invite everyone to join the global campaign to eliminate gender imbalances and provide architects, the recognition they deserve.

The international project "WikiD: Women, Wikipedia, Design" began in 2015 after the Wikimedia Foundation cooperated with three organizations: Parlour (Australia), Architexx (USA), N-ails (Germany). The aim of the project is to involve the community in the process of creating and editing Wikipedia, and to increase the number of articles devoted to architects. The relevance and effectiveness of the project was confirmed by its rapid development in early 2016 and the unexpected Wikipedia Edit-a-thon to commemorate International Women's Day which was held in more than 20 countries.

Developing an international education and advocacy program in Ukraine will allow more women and men to write articles in Wikipedia about women in architecture and related spheres. Organizers do this through the development and sharing of knowledge and skills between:

In April-May 2016 in Kyiv, Kharkiv and Lvivseminars and workshops will take place on the following topics:

Organizers are pleased to welcome anyone who is interested in eliminating the gender gap in Wikipedia, the world of architecture, art and urban planning. This will be the impetus to encourage a wide range of participants who have never participated in editing Wikipedia, to do so. Additionally, we aim to develop a community of wikipedians and establish a solid relationship with the new editors.

The project is a part of the public initiative "Modernistky" aimed at uniting architects, designers and activists around studying the issue of gender issues and their impact on architecture, art and urban planning.