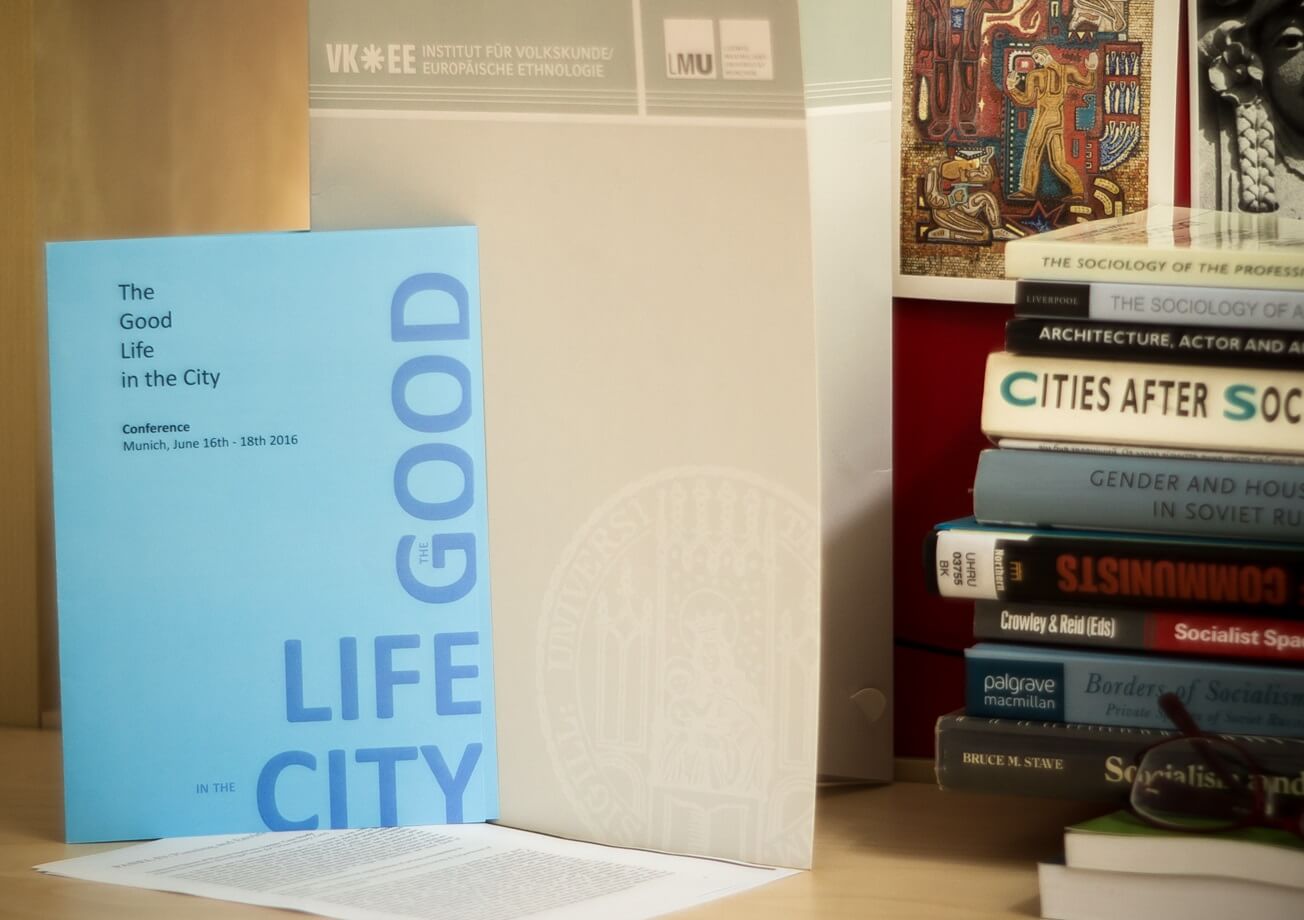 The Good Life in the City

the Urban Ethics Research Group at the Institute of Folklore/ European Ethnology, Ludwig-Maximilians-Universität, organized a scientific conference entitled "The Good Life in the City". Its focus was on conflicts around the ‘good’ city, ethical dilemmas in urban projects, social creativity, as well as roles, strategies, and ways of interaction between various players – city creators and city users. The conference also featured three methodological workshops aimed at letting the participants practice different urban research tools: Actor Network Theory, ethnographical methods, and geographical methods of engaging the urban.

The Center’s researcher Natalia Otrishchenko spoke at the conference on "Unplanned Spaces of Planned Districts: Sykhiv Case Study" and presented preliminary findings of a study on late socialist urbanism launched at the Center in 2015. Based on interviews, space mapping, observations, and visual analysis, the study shows how actions of various players transform planned spaces of the Sykhiv district in Lviv and add new functions and meanings to them. All the interviews collected as part of the project will be later available upon registration on the Urban Stories webpage.