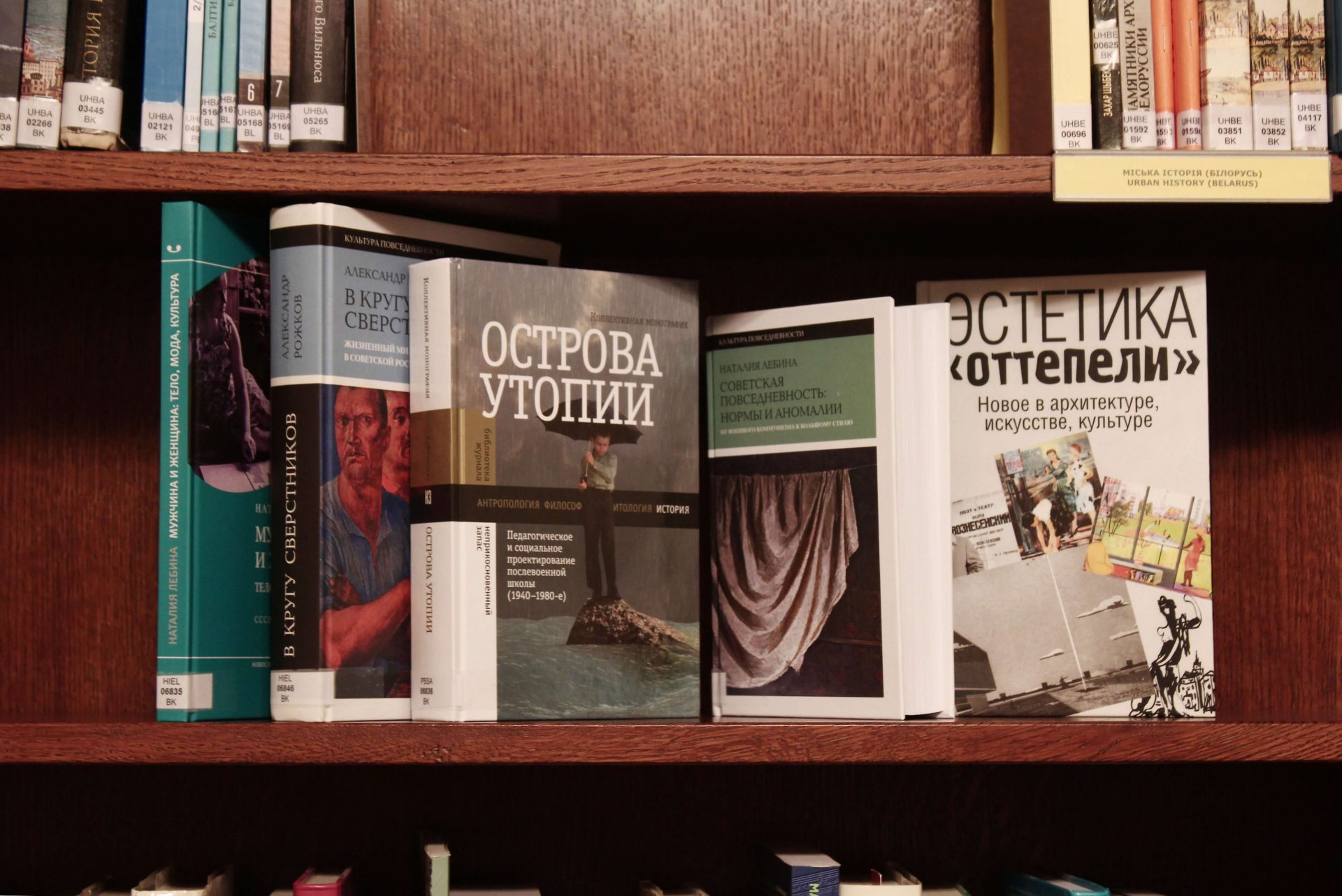 The study of Soviet society has already strayed far from the wonder of the "totalitarian state machine" and is in fact dismantling this "machine" for spare parts, trying to understand its construction and operation. Who was the mainstay of power – the activist or the conformer? How did the speeches of leaders and party statutes transform themselves into real-life practices of regular people? Did the informal practices of Soviet society destroyed it, or vice versa, strengthen it by allowing people to "let off steam?"

A selection of new books, published by "NLO" have been added to the Library at the Center.  They show how the "Soviet" was created in terms of everyday life and in particular (micro) groups. Alyexander Rozhkov, in his book "In the Contemporary Circle: The World of a Young Man in 1920s Soviet Russia" studies youth in the space of family, school, the Komsomol cell, the working collective, and the Army unit. Natalia Lyebina writes about designing normativity in the interaction of public supply and the behavior of people in the study "Soviet Every Day Life: Norms and Anomalies. From military communism in the "Big Way" and on the changes in the gender order of Soviet society in the book "A Man and Woman: Body, Fashion, and Culture. USSR- Thaw ".

Another two collective works draw attention to conformity and resistance in professional environments, respectively, teachers ("Island utopia. Educational and Social Design of the Post-War School (1940-1980s)" ) and architects, artists and researchers ("The Aesthetics of "The Thaw:" What’s new in Architecture, Art, Culture," ROSSPEN, 2013), uniting official and unofficial practices in utopia.