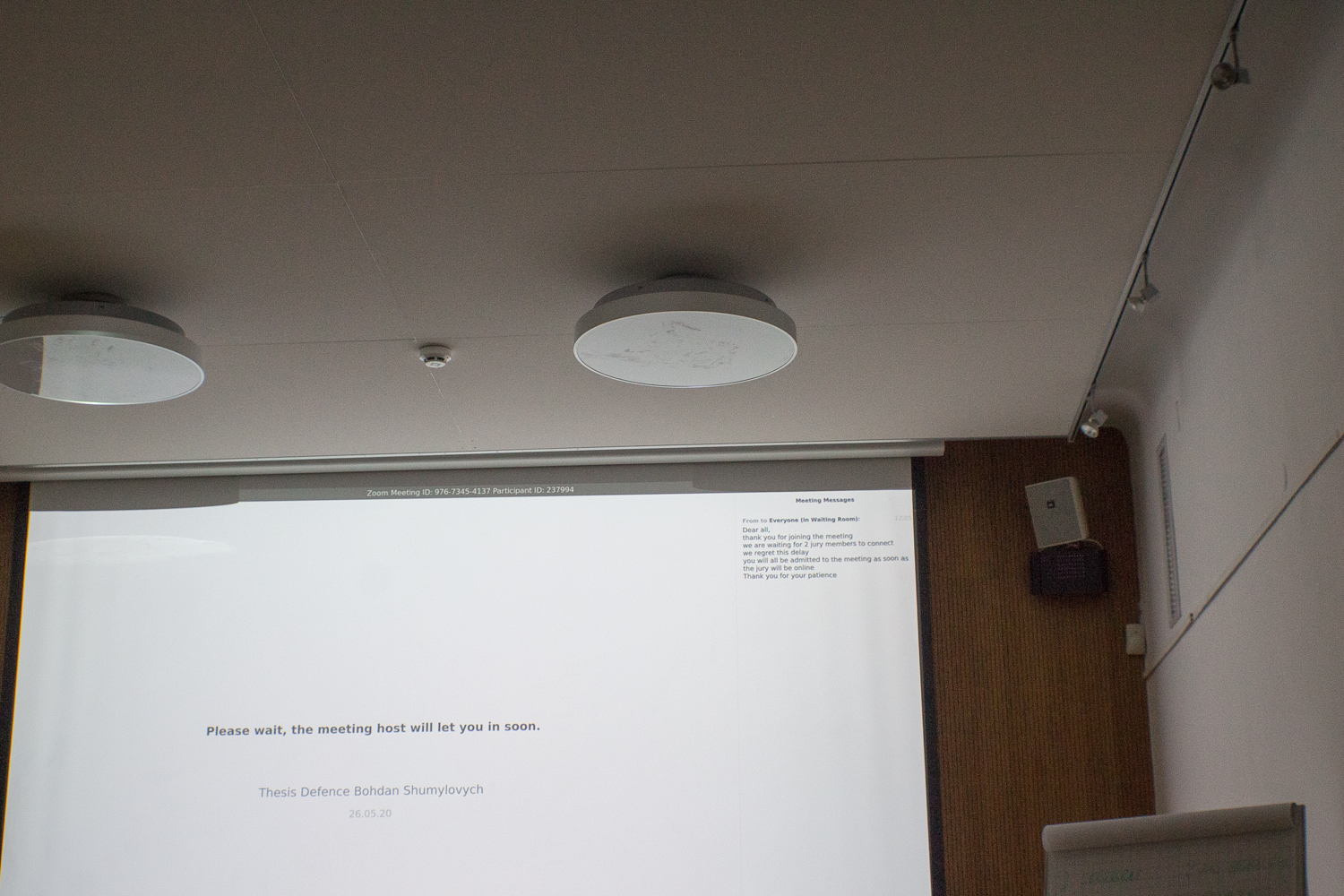 Bohdan Shumylovych, a researcher and coordinator of the Center’s public programs, defended his thesis at the European University Institute in Florence on "Mediating the Land, Landing the Media: Soviet Ukrainian Television and Popular Media Culture, 1957-1989"!

This thesis considers period between the late 1950s, when television was commenced in many places of UkrSSR, and late 1980s, when various groups used media in their strive to reform or dismantle the USSR. These 30 years of Soviet Ukrainian history envisaged massive social mobility in the country, inhabitants became more urbanised, educated, mobile, involved in many industries and occupations. There was a prize for this socialist modernisation: traditional village life was decaying, and urban dwellers often turned from the language of ancestors to Soviet transnational Russian language. Such situation in part influenced the feeling of resentment and the consolidation of national sentiments, which grew in the 1960s and 1970s, reaching its peak in the 1980s. Thesis shows that a prominent factor that helped to maintain national identity despite massive Russification was Soviet Ukrainian regional and republican media, mainly radio and television. But as a reaction to growing national sentiments, Soviets strived to normalise Ukrainian media in the late 1960s and early 1970s, at the same period when Kyiv attempted to create all-national broadcasting. While being immensely regulated in the late 1970s and early 1980s, Ukrainian media shaped specific media spectacle of folklorism, which was the outcome of Soviet policies and paradoxes. Soviet powers supported Ukrainian folk culture, but at the same time strove to shape urban and Russian speaking, universal Soviet people. As a result, Soviet Ukraine developed a performative mode of perceiving and practicing the nation; it shaped the identity of Ukrainian national television as a ‘village television’, which was often (especially in the 1980s) disapproved by young people. To attract young people to the national socialist media in the mid-1980s, especially after the launch of perestroika, Ukrainian powers needed to reform television and media in general and to transform it into a new public sphere. This change of Soviet media in the mid-1980s had unexpected outcomes, but what remained stable was the national audience, an imaginary media community of Ukrainian people, that was shaped during 1960s and 1970s.

Congratulations to Dr. Bohdan Shumylovych! Looking forward to the book!