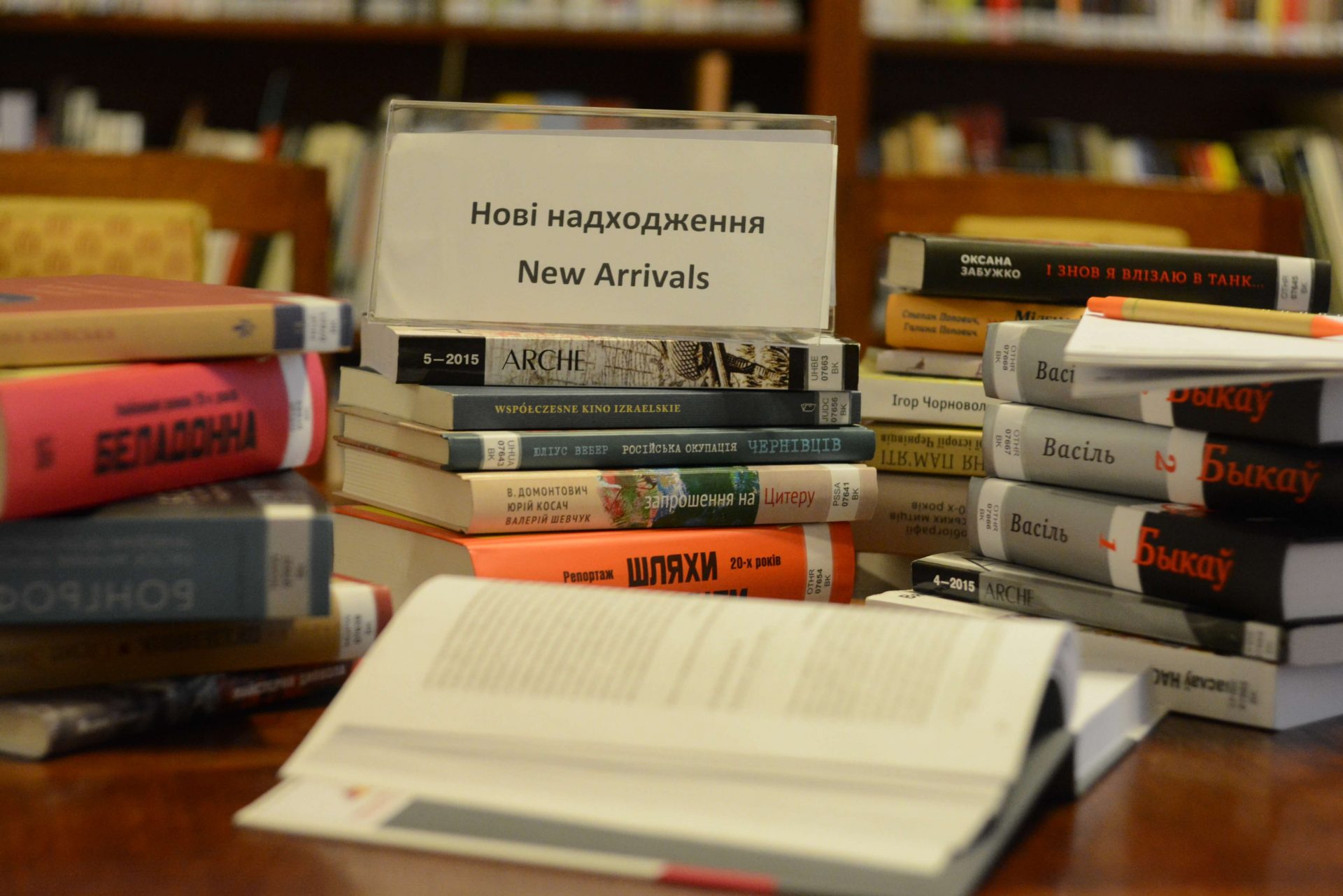 The Center's library received new books in September and October that are connected with the topics of Jewish history, the history and memory of ethnically diverse East Central Europe, and the Holocaust that this world destroyed. We offer you a brief overview of the most interesting novelties in our library from Iryna Sklokina.

Samuel Kassov's book "Who Will Write Our History?: Emanuel Ringelblum, the Warsaw Ghetto, and the Oyneg Shabes Archive"- this is a biography of historian Emanual Rinhelbloom who was born in Buchach, and who created an archive in the Warsaw ghetto which preserved priceless information about the latest events connected to the Holocaust in Poland, but also of the resistance and cultural life of the Jews living under occupation. It is another biography; a bestseller according to the "New York Times" - dedicated to Dietrich Bonhoeffer - Protestant pastor, a member of the resistance against Hitler, and a co-founder of the Bekennende Kirche -Confessing Church, which opposed Nazi policies, including the destruction of Jews. The book's author Eric Metaksas highlights the relationship between the Nazi regime and various churches in Germany, particularly in connection with the "Jewish question."

Everyday life under Nazi occupation is the theme of another new book - the diary of Edward Kubalski "Germans in Krakow," which the author wrote in a very systemic way in 1939-1945. The author directs most of his attention to the life of the intelligentsia to which he belongs, but describes the terror not only directed against professors, but also against certain ethnic groups; the position of Jews and Ukrainians in occupied Krakow is depicted by Kubalski through the prism of his Endecja political orientation, and for this reason it is more interesting to understand how these views evolved during the occupation.

Yet another book is something between a piece of journalism and a personal history: "The destruction of the City Named Stanislaviv. The National-Socialist policy of extermination in Poland 1939-1945" penned by journalist and writer Elisabeth Freundlich; it is one of the first (1986) German language works about the Holocaust. Jaroslav Hrycak puts this work in the historical context of when it was written and explains the text, written by an author who was not an expert on history, but which nonetheless was able to create a clear and impressive text and draw attention to the enormous scale of the tragedy of occupied Stanislaviv. The book allows you to ask questions about local conditions - in Stanislaviv not only local Jews were destroyed, but also those deported from other cities; additionally, the mass extermination began before the Holocaust became widespread in Europe - which raises the question of what role actors in specific local contexts played.

Several new books in our library complement the reconstruction of events connected to the Holocaust with issues of Jewish heritage and memory. "Shtetl. In the Footsteps of Jewish Towns. Dzhyaloshytse - Pinczow - Hmyelnik - Shydluv - Henchyny"- a guide to several towns of the Polish Kelechyn region that were Shtetls before 1939. Contributor Agnieszka Sabor combines original evidence of these towns with her own statement of their history as well as excursions into important aspects of Jewish culture. In fact, this guide is interesting not only to tourists but also to a wide audience. Finally, some books are connected with the phenomenon of memory. Daniel Levy and Nathan Schneider authored "Holocaust and Memory in the Global Era" dedicated to the complex issue of the possibility of global or cosmopolitan memory, when collective memory is no longer a support for the existence of nations. The author traces the development of Holocaust discussions from the postwar era to the present, focusing primarily on the media that made this particular event a permanent factor of human rights as such. Another book of Nathan Schneider - "Jewish Memory and Cosmopolitan Order. Hannah Arendt and the Jewish State" draws attention to the important link between the local and cosmopolitan, which is embodied in the Jewish identity, and today is characteristic of the whole world - because globalization occurs in specific local contexts. The activities of Hannah Arendt, for the author - are examples through which Jewish history of the XX-XXI centuries can be seen, and became associated with global history and discussions about human rights, genocide, international politics and law.