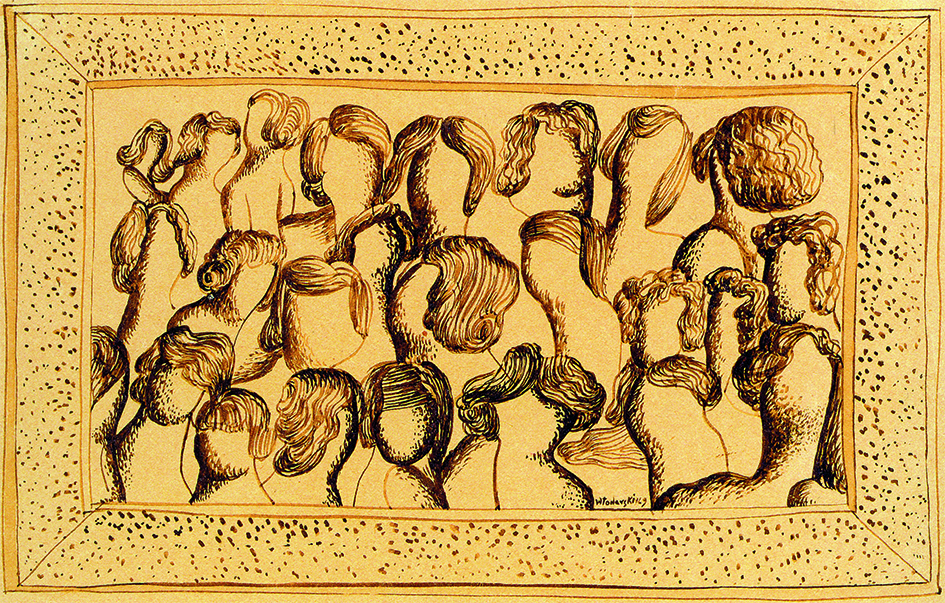 The construction of new narratives related to the history of modern art is highly relevant for Ukraine today. They are directly related to the understanding of turbulent processes in artistic milieus throughout the changing and complicated 20th century. Actualizing the 20th century artistic heritage, especially of the interwar Avant-Garde, through research and public presentations is one of the ways to "bring it back" into local histories and to include it into European and global context.

"Center of Europe" Publishing and the Center for Urban History joined their efforts to bring attention to the subject of Lviv Avant-Garde which is still understudied and underrepresented in current academic and public discussions. The joint project includes the translation, editing, and publication of the monograph by a Polish art historian Piotr Lukaszewicz "Artes" Art Group (1929-1935)". It describes Lviv milieu of modernist artists of the interwar period, with special focus on personalities and ideas shaping the "Artes" group.

The book is a fundamental work for the history of the interwar period in Western region, and it is well-known to experts as a basic source, even though it was published over 40 years ago. The number of printed copies was scarce, while it has never been translated into Ukrainian before. The Ukrainian version intends to address broad audiences. It has a state-of-the-art "effective" book design, updated and extended comments and illustrations, also in color, unlike the black and white images in the first edition, author’s and editor’s forewords, as well as an Afterword that presents new ways to interpret and study the topic.

On October 22, 2018, at 12 pm, a small session room of Lviv City Council will host a press conference on the Ukrainian language edition of the book "Artes" Art Group (1929-1935)" by Piotr Lukaszewicz.

On November 20, 2018, at 6.30 pm, welcome to the conference room at the Center for Urban History for the presentation of work on publishing a book on the "Artes" group, and the film screening "Surrealists from Lviv" (Nadrealiści ze Lwowa, 2008).

The project is implemented with support of the Ukrainian Cultural Foundation and  Adam Mickiewicz Institute.

"Center of Europe" Publishing  was founded in 1994. The publishing house has published books in the history of Galicia, local history books, the "Halytska Brama" almanac, tourist guidebooks and maps, and also text-books. Some of the best publications well known to Lviv and beyond include "Architecture of Lviv: Time and Styles. 13th-21st centuries," "The Zachariewicz Dynasty: Capital Makers of Lviv," "Ivan Levynskyi: Architect and Entrepreneur," "History of Secession" Book 1, Book 2, Book 3." "Lviv in Photographs – Books 1,2,3.", "Lviv. A Tourist Guide," "The Art of Lviv Secession," "Triple Lviv," "Lviv Ancient and New," "On Grey Lviv," "On Lviv Past," "Lviv Chronicles," "Lviv Streets and Townhouses," "Lviv New World," "Andriyivskyy Descent," "The life of a Street," "Borys Woznicki as We Remember Him," "Castles and Fortresses of Western Ukraine," "Kamyanets Podilskyy. A Tour Guide." "Kyiv Modern Architecture," "Lviv National Picture Gallery. A Team and Its Director," "Olesko Castle. Guidebook," "The Dniester. A Guidebook. Book 1,2." "Mykola Pototskyy," "Bernard Meretyn," "Ioan Georgy Pinzel," "Images of the Vanished World" a.o.

Center for Urban History of East Central Europe works with research of urban community and culture in the region of East Central Europe. In its operations, both research and cultural, the Center aims at keeping to the principles of openness (to new things), tolerance (accounting for differences and diversity), and responsibility (for the future). As an institution related to historical science, the Center strives to offer new intellectual impetus and foster rejection of outdated issues and biased answers. In building awareness and sustaining open discussion, the Center is trying to prevent abuse of history for political reasons. With the help of conferences, workshops, and exhibitions, the institution hopes to facilitate research and cultural exchange. As an institution that both explores the city of the past, and also lives and works in a contemporary city, the Center tries to go beyond the framework of the research activities only, but support cultural and other civic initiatives that we deem valuable and fruitful.

The Adam Mickiewicz Institute is a national cultural institute, whose mission is to build and communicate the cultural dimension of the Poland brand through active participation in international cultural exchange. The Institute has carried out cultural projects in 70 countries. As of early 2016, the AMI has presented more than 5,500 cultural events, attracting an audience of more than 52 million on five continents. All of the Institute’s projects carry our flagship brand, culture.pl. The Institute’s culture.pl portal offers a daily information service covering key events related to Polish culture around the world: In addition to information on events organised in Poland and abroad, the portal features numerous artist profiles, reviews, essays, descriptive articles and information about cultural institutions. The site is available in three languages: Polish, English and Russian. In 2015 the portal won the Guarantee of Culture award in the category Culture on the Net. In 2017 Culture.pl announced a new project: Stories From The Eastern West. It is a new audio show that reveals hidden history from Central and Eastern Europe. Intertwining in-depth interviews, rich sound design and original music to build compelling narrative stories, the podcast is the start of a new chapter for Culture.pl.