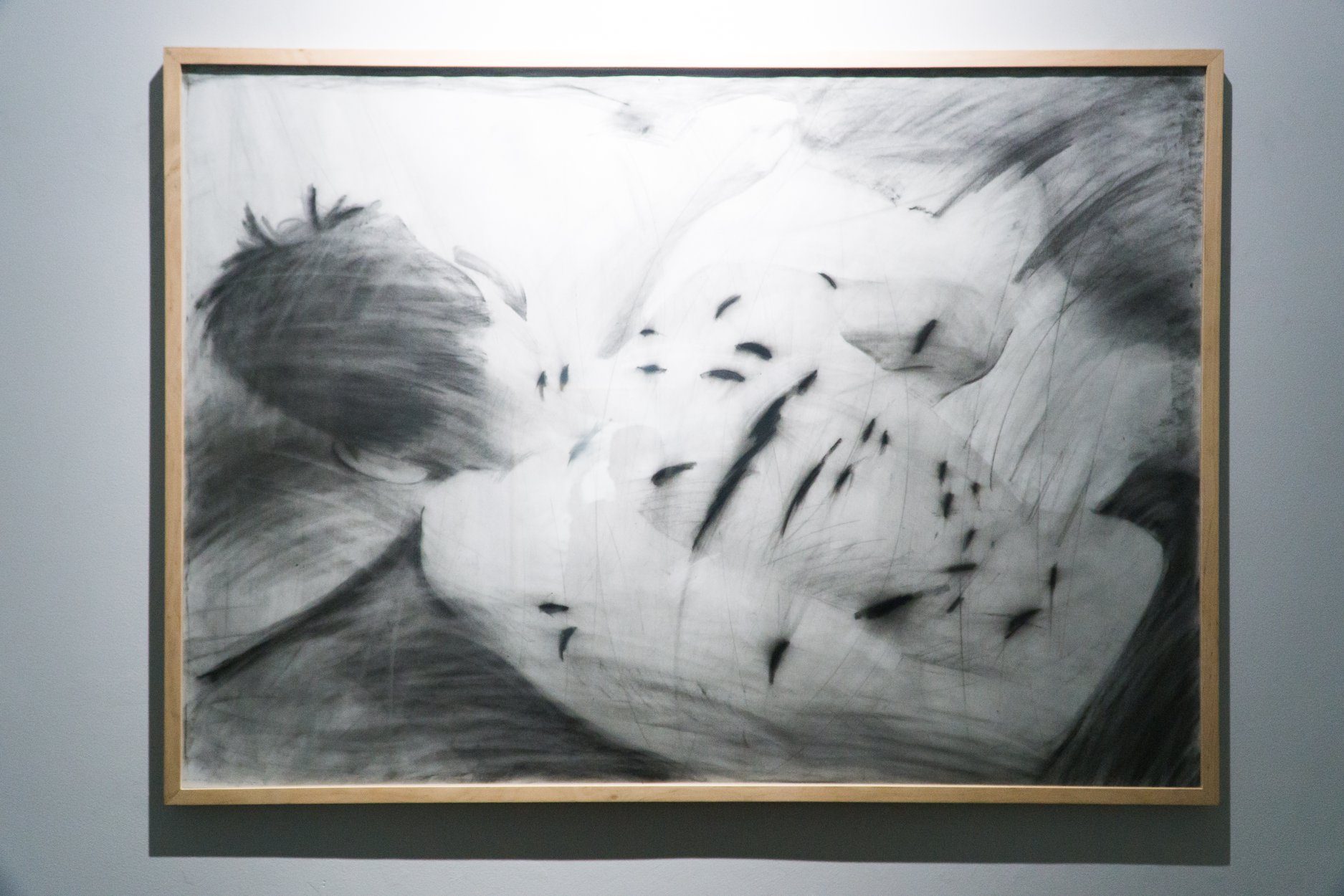 An exhibition "(un)named" — the combination of the reflections of the artist Nikita Kadan, historians, and other scholars on the subjects of contested issues of the past, particularly those connected with the crime of the Nazis and Stalinism, ethnic cleansings and other acts of violence in the 1930-1940s.

The 20th century heritage includes, among others, thousands of unmarked graves and millions of the murdered bodies. Their names often remain unknown. Even when they are known, they are mostly staying within family stories. Unnamed in numbers, they become symbols and objects of memories, policies, and studies. The exhibition the "(un)named" aims to provide an impetus for broader reflection and the process of processing traumatic and unspoken topics about our past.

The basis for the exhibition is made of the works by Nikita Kadan including the three series: "Cronicles," "Pogrom," and the "National Landscape." Nikita uses artistic reflection over photographs of victims of the most dreadful mass crimes of the 20th century to address the issues of violence, victims and players; the observers and the observed.

The exhibition is special in the fact that it includes reflections of researchers, mostly historians, but also representatives of such fields as philosophy, anthropology, psychiatry, literature, law, and visual studies. These are the authors from Ukraine, USA, Poland, UK, Germany, and the Netherlands who work with the sources, who analyze the problems of violence and engage in ongoing discussions on the subjects in different countries and in different languages.

The "(un)named" project was launched in 2017 with the exhibition and a public program at the Center for Urban History in Lviv. In 2016, the works were exhibited at the exhibition "The Bones Mixed Together" at the Arsenal Gallery (Bialystok, Poland).

The exhibition was developed by

Center for Urban History combines academic research in the field of urban studies and formats of public and digital history for general audiences. The interdisciplinary team of the Center research projects, a digital archive, exhibitions, and educational programs.

The Museum of Odessa Modern Art works on museumification of local art and the development of culture in the city. The agenda of the Museum’s exhibition, educational, and research activities includes representation of Odessa artists and reflection of current processes in Ukrainian and global art.

Supported by The International Renaissance Foundation