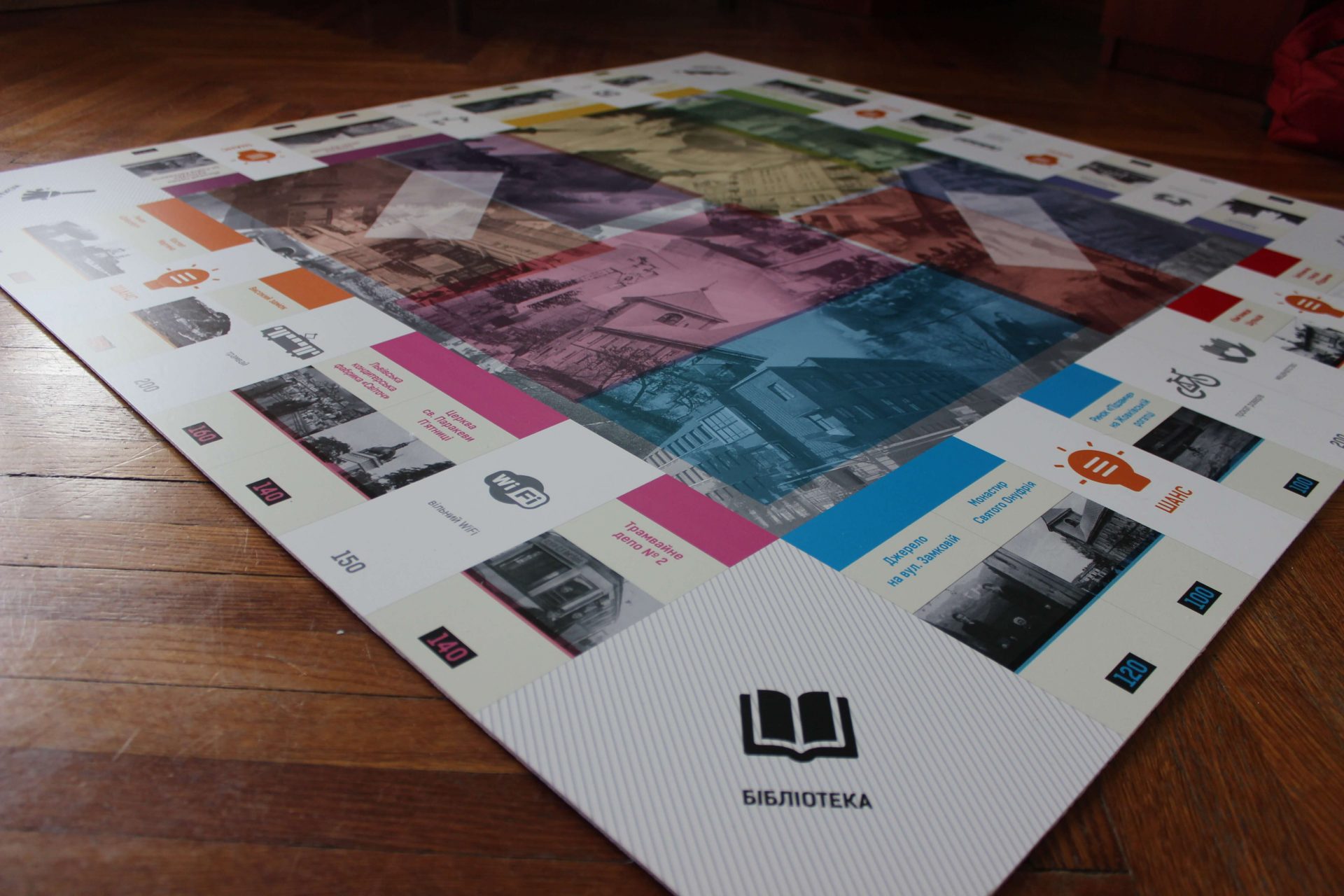 Urban educational game "Pidzamche: A New Life for the Neighborhood"

As part of the Pidzamche Festival of Neighbors, a presentation of the game developed by the Center for Urban History in collaboration with the Iota Initiative was held. This was a great opportunity for children, youth, and residents of the city to learn more about the neighborhood and to think about alternative ways of developing and reviving places in Pidzamche.

The history of Pidzamche highlights the changes that occurred in the life of the inhabitants of Eastern European cities, especially in Lviv in the nineteenth and twentieth centuries. The district was originally in the outskirts, but in the late nineteenth century it grew and became part of the city. Pidzamche experienced the terrible times of the Holocaust and deportations. After the war, the deserted neighborhood was settled by new residents, who came from the surrounding villages, eastern regions of Ukraine, and Russia. It is here that the Soviet leadership tried to build a model Soviet industrial area. In the ’90s the residents regarded the area as a neglected space. Now Pidzamche is going through a period of revitalization. Historians and sociologists are researching and writing about Pidzamche, entrepreneurs see it as a good location for business offices and small businesses, and community activists are organizing cultural and social initiatives that is giving the neighborhood new meanings ​​and characteristics.

This game is also the participants’ attempt to offer their own view of the neighborhood and arrange it as a comfortable space for the local residents and an interesting place for visitors. The game is based on the classic game of  Monopoly, lasts 1.5-2 hours, and is designed for 4-6 players. Each player had the opportunity to buy a real site, win grants for projects to revitalize the neighborhood, fight against corruption, pay fines, and cooperate with other players. The winner was the person who made most projects, arranged his or her sites the best, and was able to understand the needs of the residents.

The game, using a simple model, allowed players to use a real toolkit to revitalize the neighborhood, provides ample opportunities for communication, offers them a chance to show their ability to think logically and creatively, negotiate, and persuade. There were a lot of chances and risks, which make the game more interesting and unpredictable. Also, the game uses historical descriptions and images of places in Pidzamche, which were taken from the Center for Urban History’s media library archive, making the game not only interesting, but also educational, expanding the players’ understanding and knowledge of this Lviv district.

While we were playing, we thought of how we could use our joint efforts to turn Pidzamche into a more democratic district and an interesting neighborhood.

The Pidzamche Festival of Neighbors is organized by the residents of one of the oldest parts of Lviv together with the Iota Initiative. The festival operates on the principles of self-organization and wants to show that, unlike the perception of​​Pidzamche as a former industrial and depressed area, it is a cozy place with warm neighborly relations and opportunities for development. Relatives are important, neighbors are closer!

The Iota Initiative is composed of four people who are united by their desire to work with the community and who have different experiences in cultural management, teaching at the university, and urban activism.