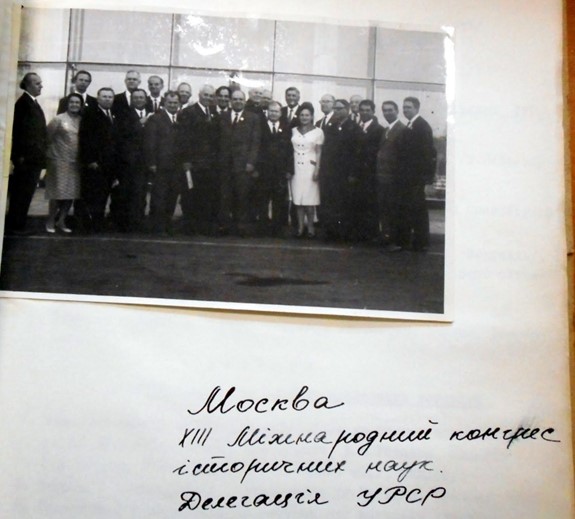 Conference Room of the Center for Urban History / youtube

In her lecture, Nataliya Borys will focus on Polish historians, who could come to the Soviet Union, and particularly to Soviet Ukraine in the 1950s-1960s, previously a completed closed republic.

Khrushchev’s rise to power changed the whole situation. For the first time, Ukrainian historians could travel, and their first destination was Poland. The trips to Poland amounted to half of all scholarly trips for Ukrainians over the whole Khrushchev period. The real breakthrough happened when in 1957, 14 foreigners, including 4 American and 5 Polish historians came to Soviet Ukraine for the first time. Nataliya Borys will focus on a few available reports written by Polish and Ukrainian historians. Krzysztof Dunin-Wasowicz (1923-2013) left another interesting report about his trip to the Soviet archives in Kyiv and Lviv, which seems to have been more of a spy trip than a scholarly one. Nataliya will mention Wiktoria Sliwowska (1931-2021), whom she could interview in Warsaw, who remembers how he tried to sneak to Lviv, about Soviet Jewish scholar Dora Kacnelson (1921-2003), her collaboration with Lviv’s historian Volodymyr Borys (1914-1985) and other oral stories about informal Polish-Ukrainian network.

Online stream will be available on the Center's Youtube channel.

Cover image: USSR Delegation in Moscow. XVIII International Congress of Historical Sciences // Archive of the Institute of History of the National Academy of Sciences of Ukraine, description 1, fund 398.