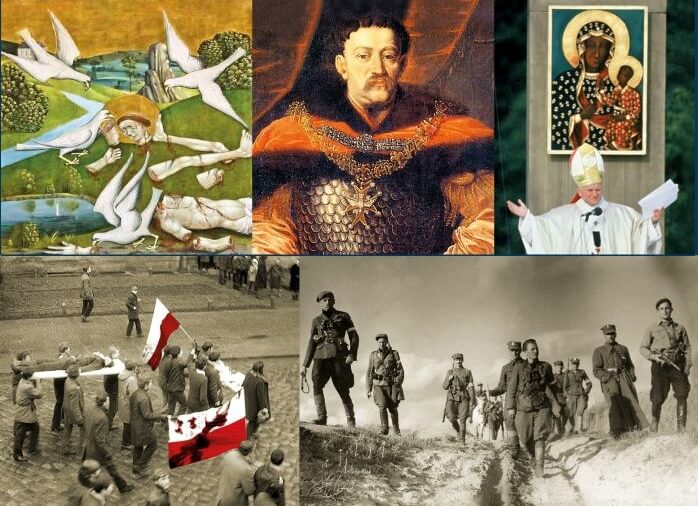 Poland - an Essay on History

A presentation of the book "Poland - an Essay on History" ( "Polska - zarys dziejów") will be held. The book will be present by Professor Jacek Pawłowicz from Institute of National Remembrance (branch in Warsaw). A discussion will be led by professor Leonid Zashkilnyak.

The meeting will be an opportunity not only to present the book, but also to discuss the format of general historical overviews; of what difficulties and challenges are faced by historians when writing general works and particularly, in the case of this publication, about what history of Poland the modern Ukrainian reader wants, and how to write the history of Ukraine for Poles. The presentation will take place in Polish with simultaneous translation.

"The idea of ​​publishing "Poland - an Essay on History" came up in November 2009, when we, together with the then director of the Institute of National Remembrance Janusz Kurtyka (who a few months later died tragically in the plane crash near Smolensk) visited Kyiv. The purpose of the visit was to discuss the possibility of Polish and Ukrainian historians discussing our common history. " (Lukasz Kaminski, head of the Institute of National Remembrance)

It is difficult to find a better example of historical disputes, which have raged for many years between Poles and Ukrainians. Disputes about the assessment of Bohdan Khmelnytsky plagued the Polish-Lithuanian Commonwealth, the following decades opened new fields of controversy concerning, in particular, the Bar Confederation, the January uprising, relations in 1917-1921, or assessing the tragedy for both nations during the Second World War. This work was preparation for achieving two major goals. The first to introduce Ukrainian readers - primarily humanities teachers, students and pupils who are interested in history, to the basic history of independent Ukraine's important neighbor.

The second is to present the Polish perspective of their history, to show what place of Ukrainians and Ukraine had in this history, and also the Polish interpretation of many common historical events. We would like to strongly emphasize that it is not an attempt to impose the Polish perspective on Ukrainian readers. We believe that, in this way, we are increasing the chances of a real understanding of both our peoples.

After the presentation, anyone can get a copy for free.

The presentation is supported by the General Consulate of the Republic of Poland in Lviv.