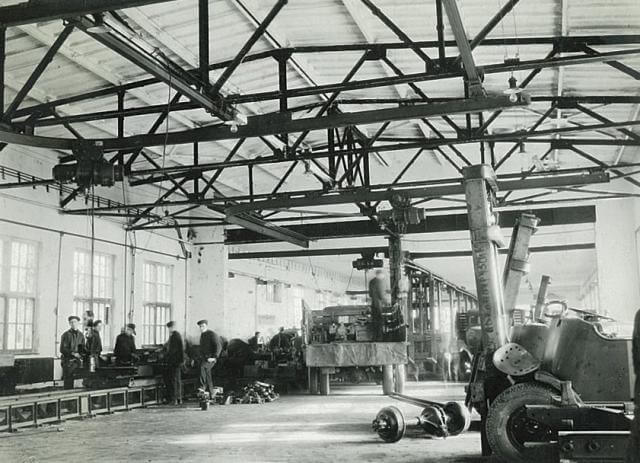 Collections of Urban Media Archive contain digitalized archive materials from Pshenychnyi Film, Phoro, and Phono Archive of Ukraine, private collections and historical newsreels from the State Archive of Lviv region. These are film news, private and institutional photos and news footages and documentaries that are certain annals of industrial Lviv. The presentation will include the screening of the TV film "Ancient City – Young City" produced by directors and cameramen of Lviv television in the early 1970s. It tells about the most important industrial giants of Lviv aiming to transform the old bourgeois city into a young socialist utopia. There was also a unique urban cine-symphony "The Good Day of Lviv" directed by Volodymyr Shevchenko. In conclusion, we showed the video art by a media artists Oleh Voronko "Time forward, two times back." It is the result of the artist's work with archive recordings and his interpretation of topics of industrial past and the construction of a socialist city. This work was created in 2017 on the basis of video materials processed by Urban Media Archive.

The presentation was held within the [un]Archiving cycle.

On September, 8-10, 2017, Lviv was hosting European Heritage Days. In 2017, the focus was on presenting the history of urban factories, hospitals, and schools. Industrial facilities, enterprises, public institutions, schools and universities were the elements making up the dynamics of urban development. Today, they are an important part of material heritage of Lviv, while their past evokes growing interest with the residents of the city. During the European Heritage Days, historians, art critics, architects, and tour guides will be telling to Lviv residents about the history of less notable but no less important industrial landmarks and public institutions.

European Heritage Days is a pan-European initiative officially launched by the Council of Europe in 1991. The goal of the project was to draw attention of residents and visitors of the city to cultural heritage and its role in the development of present-day society. Main idea of the walk was to discover and see some usually closed or little known sites to bring publicity to their historical and architectural value.