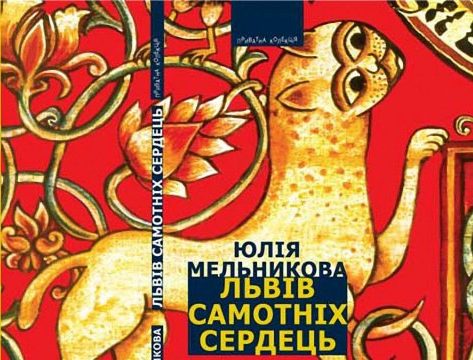 "Lviv of the Lonely Hearts"

On a presentation of the Ukrainian translation of the Russian novel by writer Iuliia Melnykova took place in conjunction with the 19th Book Forum in Lviv.

The novel by young Russian writer Iuliia Melnykova is part of the series of translations published in Vasyl Habor's series "Private Collection." Since Roman Ivanychuk's Manuscript from Ruska Street, this is the first prose work about a Lviv that we could call "medieval," although the action takes place in the Baroque era, in the second half of the 17th century. But Lviv chooses its time for itself. Like Rome or Jerusalem, Lviv is a city known for exclusivity, a city-symbol. The tragic history of the false messiah Shabetai Tsevi--from whom started Sabbatianism, a movement that spread over the lands of the Rzeczpospolita - shapes the fates of other characters: the bookseller Lev, called the brother of Shabetai, who fulfills a secret mission in Lviv, the beautiful Polish gentlewoman Sabina, the Ukrainian Maritsa, Sarah, the Rabbi's daughter, the young Mendel Cohen, the Jesuit Neswicki and many others. Their hearts are broken, bloom, wither and die in order to acquire wisdom, or, quite the contrary, to lose it. The author's masterful writing allows the reader to forget that everything can be explained in this world rationally. Here owls transport a captive for hundreds of miles from a place of imprisonment, here people are transformed into snakes, and faith accomplishes the miraculous...in Lviv, anything is possible. This is a terrifying and beautiful city, which unite in itself eastern emotionality with western pragmatism.