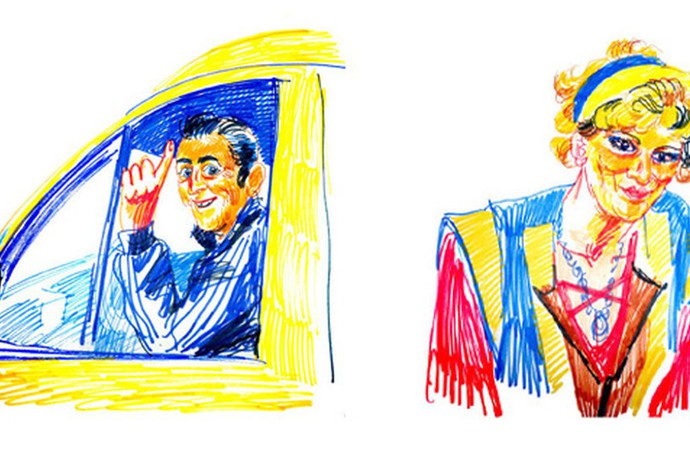 Center presented the sixth volume in the "Spilne" journal of social criticism; this edition devoted to the issue of gender and work.

The presentation was lead by the panel of Tamara Martseniuk, PhD in sociology, senior lecturer at the National University of Kyiv Mohyla Academy, and co-editor of the sixth volume; Tetyana Bureychak, a contributor to the volume, research fellow at the gender studies department of Linköping University (Sweden); and Olena Synchak, a contributor to the volume, linguist, researcher, and lecturer at Ukrainian Catholic University.

This sixth volume of the "Spilne" journal of social criticism submits for our consideration a socialist analysis of gender issues as an alternative to classical liberal and radical feminist approaches. This attempt is not merely to draw attention to gender discrimination in the workplace, but to demonstrate how discrimination is woven into the capitalist system, and cooperates in the act of both class and gender exploitation.

Contemporary Ukrainian society benefits from a wealth of research on the topic of gender and work, and there is certainly a lively, ongoing public debate on the topic, yet far too often the discussion has failed to treat both men and women as heterogenous groups, characterized by class, ethnic, and generational particularities, as well as distinct sexual identities and regional backgrounds. In this volume, we will avoid the temptation to discuss women – including Ukrainian women – as a homogenous set. The authors will examine discrete social categories of women, giving a voice to female mineworkers and union activists, sex-industry workers, and Islamic feminists. Readers will encounter members and groups in society which are often marginalized or invisible in the neoliberal discourse on "equal rights and opportunities for men and women". Even the feminist slogan "Women in Government!", though effective in bringing women of privilege into positions of leadership on an equal footing with men, has done little to address the problems faced by the majority of women: working women, villagers, and homemakers, whose claims on social justice inhabit another atmosphere.

What distinguishes this volume of research is its critical re-thinking of work from Neo-Marxist, Leftist, and feminist theoretical perspective. To what purpose, in the discourse on work and rights, ought we raise the issue of unpaid housework, including child-bearing and rearing? On whom does this work fall primarily and why? What is government’s role in the ensuring of gender equality? Whose labour is most given to employer exploitation and why is this? When is it necessary to include class, ethnicity, or sexual orientation of the oppressed classes into the discussion? Is it even possible – and if so, how – to fashion a more just society? These and other questions are submitted for your consideration in this edition of "Spilne".