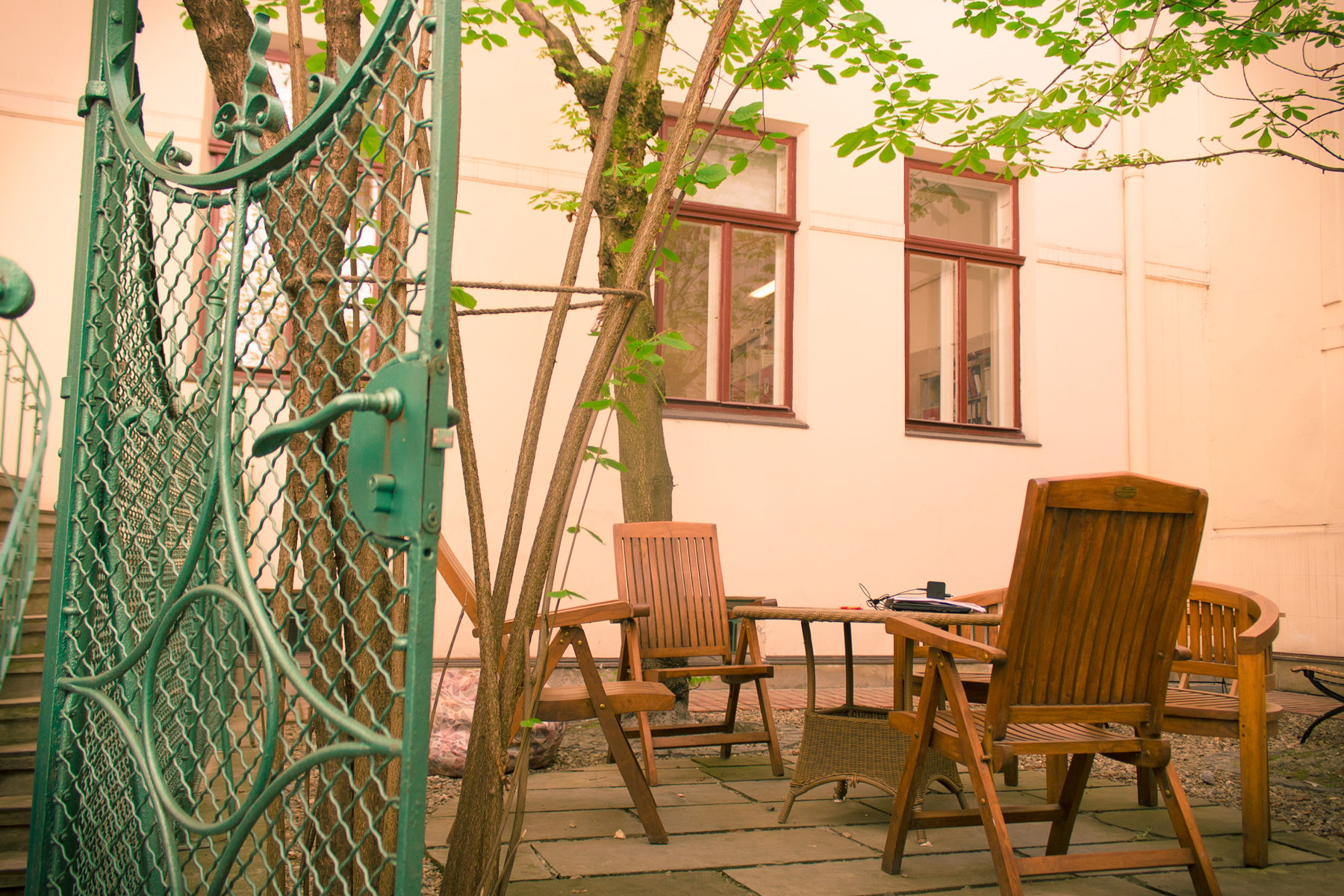 Storytelling forum "Future in Memories: Lviv as a Choice" was taking place. During the five nights, there were held public meetings with young people from Poland, Crimea, the USA, and Israel who opted for living in Lviv. In conclusion, philosophers, historians and researchers tried to summarize the forum in the format of a panel discussion.

We would often hear stories about returns to Lviv. Those would commonly be parts of lives of descendants of first migrants, of the people who were forced to leave their native city for different reasons. In the 20th c., this sort of experience was not a novelty for many Lvivians. Moreover, it would often be a matter of life and death. However, during the series of meetings "Future in Memories" we showed another perspective. We would asked people who were not related to Lviv at all to explain their choices.

On October 31 we heard the story by Victoria Malicka from Wroclaw who studies cultural anthropology and helps networking between the scholars from Poland and Ukraine. She also represents the Ossolinski National Institute (Ossolineum). She has lived in Lviv for 6 years.

On November 1 Arie Lisakov from Tel Aviv told about his decision to settle down in Ukraine. He is into investments and stock exchange activities. He opted for Lvivin 2015.

On November 2 cultural manager Khalil Khalilov from Crimea who was forced to flee Sevastopol due to Russian annexation and found himself in Lviv two years ago.

On November 3 a singer and a public activist Bria Blessing from Texas told her story about why her family first came to Luhansk in 1993, and then moved to Lviv.

On November 4 the concluding panel discussion included a literary scholar and a researcher of the dynamics of memory on the 20th c. Iryna Starovoyt from Lviv, a philosopher Rud Meyi from Amsterdam and others. A journalist Volodymyr Beglov moderated the discussion.

The "Future in Memories" program was initiated by a charity foundation "Friends of Lviv" recently established by supporters of Lviv from Amsterdam, and also by the Center for Urban History and the Office for Culture at Lviv City Council. A partner of the event was a "Symphony Solutions" company.

Media partner of the forum "Future in Memories" was Skovoroda radio in charge of streaming all the events.