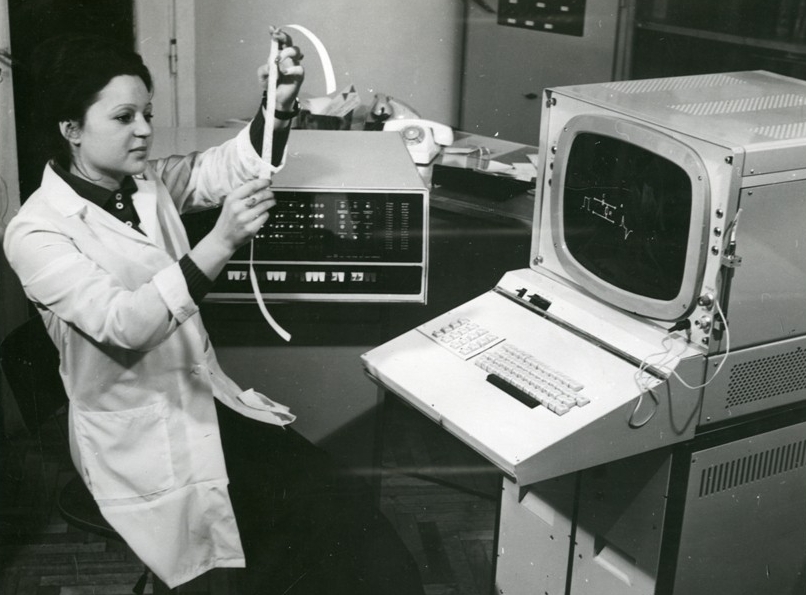 Cybernetics: Between Arts and Wars

What do we know today about the "cyberwars" and "cyber art"? How remote in time and space are these concepts from the present-day Lviv?

During our conversation, we shall try to identify the history of Soviet digital humanities, a concept of "other aesthetics," and cyber art in the Soviet Union. Janina Prudenko will introduce a notion of why Soviet cybernetics failed, who its creators were, and what its role was within the cultural landscape? The research offers a broader definition of the phenomenon of big data or computer art through the context of Soviet cybernetics.

We will also talk about how geopolitical changes led to the militarization of the Internet and propelling wars in digital networks. Svitlana Matviyenko will introduce the notion of cyberwar as she and Nick Dyer-Witheford developed it in their book. The talk will be about the re-conceptualization of the "cyberwar" and "cyberwar subject" by illustrating this notion with some examples of who such subject is being exploited.

What parallels or links can be traced in the seemingly different contexts such as waging cyberwar on the Internet and the making of Soviet cyber art? Can we separate closely entangled politics, art, and technologies?

Cybernetics becomes an expression of otherness – of other aesthetics in art, and of other way to run the war. At the same time, cybernetics and computer technologies are the signs of phenomena that have always been happening to us, such as an interaction between humans and technologies. In this talk about cybernetics it is not only about the computing capacity or the automated big data analysis, but also about the continuity of interaction practices between humans and technology. We invite you to take a look on global dimension of humanities and technologies from the two perspectives, less visible but still relevant for Lviv.