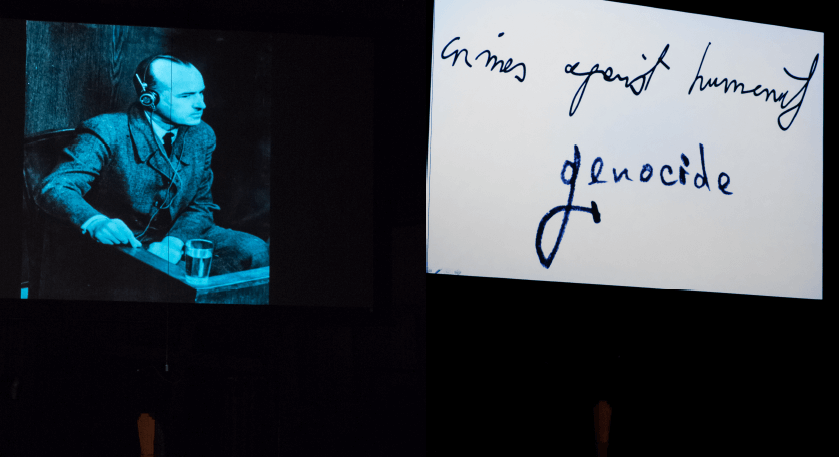 Placeless/Placeness: Ideas of Rights and Justice in Eastern Europe

The workshop is inspired by recent studies and publications on two legal thinkers and lawyers, Raphael Lemkin and Hersch Lauterpacht, both of whom are connected to the city of Lemberg/Lwów/Lviv as presented in the book East West Street by Philippe Sands. The workshop will conceive of Lviv and of the lives of Hersch Lauterpacht and Rafael Lemkin as a point of departure for a conversation on the manner in which places and personal experiences have influenced the development of international law, and how ideas of justice and rights in the international context have manifested themselves in local or transnational, liberal or illiberal contexts throughout Eastern Europe. We will explore the ways in which legal concepts and practices of rights and justice were shaped, emerged and put into practice in twentieth-century Eastern Europe. This region is known for its cultural, linguistic and ethnic diversity, for contested political visions, moving borders, and violent experiences of war and civil conflicts, but it is also known for the continual reconstruction of political and private lives in the aftermath of war and conflict, including the manifold memories of these radical experiences.

Thus, the workshop's first focus will be on the post-1918 period, in particular on how concepts of rights were articulated and manifested both in the context of and in response to the disintegration of imperial systems, the emergence of new states and regimes, and the numerous and often violent remaking of societies in Eastern Europe after the First World War. The workshop's second focus will be on the aftermath of the Second World War, in particular on locally contingent practices and understandings of "justice." This will include investigations into neglected or forgotten aspects of the International Military Tribunal at Nuremberg, but it will also include the history of the countless domestic criminal trials that took place in towns and cities across Eastern Europe after the Second World War. The program will also include a roundtable on the connection between personal biography, place, and law and conclude with a public panel discussion on current challenges to rights and justice in Eastern Europe. Concluding conversation will reflect on symbolic returns and recognition of lawyers influence critical reflections on urban past.

This workshop is a part of the extended program "Rights, Justice, and Memories of Lviv" (November 9-11, 2017). It will launch with lecture "Moving Beyond East West Street - Challenges for the Future and the Rule of Law" by Philippe Sands (the UCU Rule of Law Lecture Series) and will continue on November 11 with unveiling of memorial plaques and art performance "East West Street: A Song of Good and Evil" at Lviv Philharmonic. The performance will present images, words and music to explore conflicts and connections between the men at the heart of the Nuremberg war crimes trial: Cambridge academic Hersch Lauterpacht, Polish prosecutor Raphael Lemkin, and Hitler's notorious lawyer, Hans Frank, also connected to the city of Lemberg/Lwów/Lviv. It will feature Philippe Sands and leading actress Katja Riemann as narrators, Laurent Naouri (bass baritone) and Guillaume de Chassy (piano). World known pianist Emmanuel Axe will be a special guest of the program in Lviv, a city where he was born.

Bridging academic discussions with public art performance makes it possible to raise the issue of multiple, contested, and intersecting memories, especially memories of trauma – wars, civil violence, the Holocaust, expulsions, and persecution.We hope that this will contribute to growing awareness and critical reflections on Lviv's past.

Supported by the Department of Culture, Lviv City Council, Kennan Institute at the Woodrow Wilson Center, DC, and Law School of the Ukrainian Catholic University

Сover Image: From the performance "A Song of Good and Evil," Stockholm, Berwardhallen, January 2015 / Arne Hyckenberg