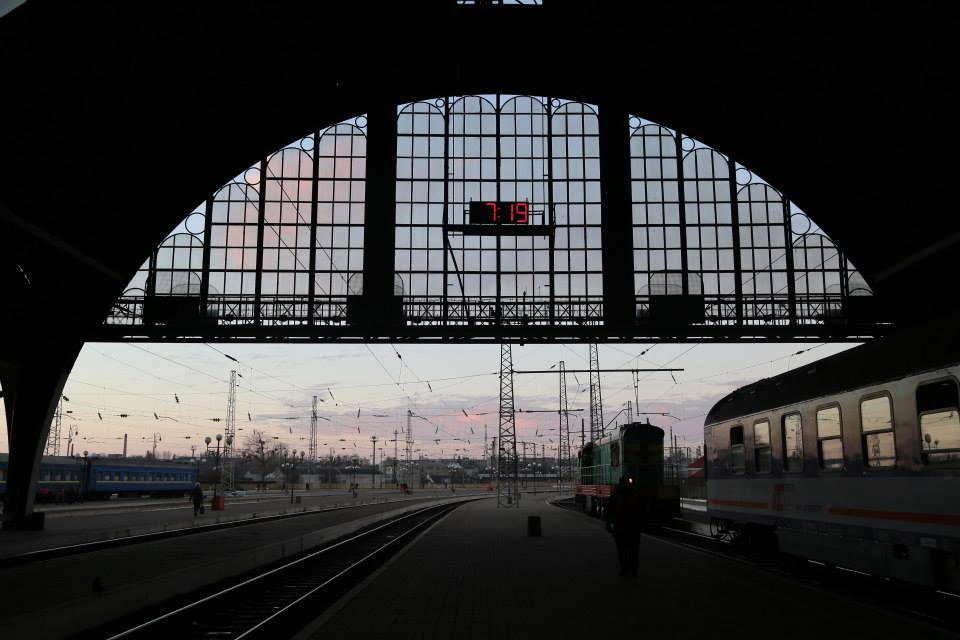 Borders in our lives are not only limited to their political and administrative functions. Ideological, cultural, religious, social or language differences can create boundaries which emphasize existing divisions and often spoil any form of dialogue "beyond the borders". Borders are created by humans, but can also be overcome by them. Social exclusion through stereotypes, intellectual and physical disabilities, discrimination against migrants, refugees, ethnic or sexual minorities as well as extreme nationalism can create invisible borders that separate people.

The workshop "Moving Borders" was a transnational journey by train from Berlin via Warsaw to Lviv to unite people beyond borders, overcome stereotypes, and change perspectives.

Participants bigan the trip in Berlin on Saturday, November 1. After three days of workshops, meetings, and discussions, they got on a train to Warsaw, where they continued their discussions. Three days later the last stop was in Lviv. Traveling by train to Lviv, participants continued to work in teams on their own ideas to overcome borders. On the last day of the project, November 9, participants presented their projects on which they have worked during workshops and their trip by train from city to city.

Five participants have been selected (young people from 18 to 23 years old) from Germany, Poland, and Ukraine. When traveling by train, at meetings and workshops in three countries, the participants talked about the physical and mental boundaries that affect us, the meaning of borders in the society, the transdisciplinary and intercultural challenges faced by Germany, Poland and Ukraine.

The workshop was a transnational journey by train from Berlin via Warsaw to Lviv, which aimed to unite people beyond the borders, overcome stereotypes, and change perspectives.

During diverse workshops in Berlin, Warsaw and Lviv, the participants met people in their work places who try to overcome borders. As social workers or refugees, as migrants or people with disabilities they fight all kinds of borders every day. The participants also met people who claimed that creating borders will protect us – like some politicians for instance.

During the train ride between Berlin-Warsaw and Warsaw-Lviv young people got a great chance to exchange their personal experiences regarding all these issues not only with other participants, but also with other passengers (maybe from other countries, cultures, nations, with totally different worldviews than theirs…) whom they met on the train.

Lviv was the last stop of the trip, where participants will talk about the difficult past and about how a multicultural heritage and sites of memory can destroy or strengthen borders between communities today. They will discuss the prospects, opportunities, and challenges of a shared future in a united Europe as well as the physical and mental borders that war builds or destroys.

On the last day of the workshop, participants presented their projects on how to overcome borders, which they worked on during the week-long trip from Berlin to Lviv via Warsaw.

Organizers of the workshop - Citizens of Europe e.V. in cooperation with the Robert Schuman Foundation of Poland and the Center for Urban History.

The project was implemented within the Europens for Peace program with support from the Foundation Remembrance, Responsibility and Future (EVZ) The project was also co-sponsored by the German Federal Foreign Office.